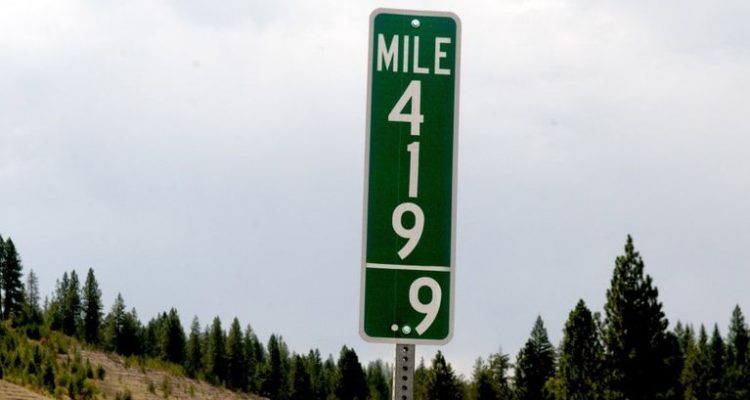 Can we pretty please get some standardization on ebike ranges?

One of the many things that has bugged the crap out of me for years is the complete lack of standardization for ebike ranges by manufacturers. I’ve seen some ranges that are sometimes reasonable as well as claimed ranges that are absolutely absurd and some who won’t even put ranges on their ebikes at all. I recognize that most consumers are not going to be able to look at the battery and motor specs for an ebike and be able to estimate in their heads what the range reasonably is going to be. This article is about the desperate need for range standardization on ebikes and a proposal that manufacturers can use to accurately represent their ebike’s range to potential buyers.

Ebikes are notoriously difficult to estimate range for because some of the power comes from your skinny chicken legs, and some power comes from the battery on the bike. How much of each depends really on how hard you want to pedal and how fast you want to go. Is it unethical to claim 1000 miles of range on an ebike when 95% of the energy that is going to move you forward comes from you and not the battery? I believe that it is wrong to make those claims.

In my experience, I tend to get about 1 mile per .75-1.0 Ah of battery power. This is generally at middle PAS power levels going about 20mph with pedaling. I recognize that many people ride at a much slower speed and get much longer ranges, I’m just talking about what I’ve experienced in real-world riding for a 200lb rider with a 50lb ebike (I know I’m fat but my wife still makes love to me so it’s OK).

What major ebike manufacturers are claiming for ranges

Although I think their ranges are a little bit of a stretch, I really like the way that Juiced has separated their ranges into two groupings of medium speed and fast speed. It’s interesting how they claim 15 Wh/mile for both ranges, I’m not sure if that is a miss-print or if that means that the rest of the power has to come from your legs. One thing that is consistent is that as any ebike goes faster it’s going to consume more power to get the same amount of distance because of increased friction (ground and air). By my calculations, you can expect about 25 miles of normal range from the 19.2 Ah battery (19.2/.75Ah per mile) and 17 miles of range out of the 13 Ah pack (13/.75Ah per mile). You might get more range out of these bikes, but I certainly wouldn’t. I would give Juiced kudos for having reasonably accurate mileage numbers on their bikes, however, I still feel like the ‘Medium speed’ ranges are still just too high.

When it comes to the marketing on the Juiced Scorpion Indiegogo page they are claiming 75 miles of range on the main page which I feel is pretty darn misleading. From their Indiegogo page:

Rad bikes is another huge seller that has dominated ebike marketing in the US and sold a whole lot of ebikes. Their 14Ah Rad Runner claims 25-40+ miles of range is pretty generous, but again not outside the realm of reason. By my calculations, it would get about 19 miles of range (14/.75) if I rode it like it was stolen (how else would you ride it?).

What about some of the unreasonable ones?

One of the most outrageous ebike range claims has been made by the Fuell ebike on Indiegogo here. As near as I can tell they are claiming 125 miles of range from a 1000kWh pack. By my calculations, the range would be closer to 37 miles (assuming a 36v nominal drive system 1000/36v/.75Ah per mile). Because there are no regulations on ebike range numbers the reality is that anyone can claim anything they want and then go ahead and sell 1.5 million dollars worth of ebikes. Will anyone get 125 miles of range with that ebike in the real world? I really doubt it, unless they are going very slow and using almost no ebike power, and if you ride like that what’s the point? Just buy a skinny tired non-electric road pedal bike and you’ll go faster and it will cost a lot less.

But wait there is more, lots Moar

The Moar folding fatbike on Indiegogo here also sold 1.25 million dollars of ebikes with completely bogus range claims as shown below on their website:

There is countless ebike crowdfunding campaign with completely bogus range claims, the problem is that everyone is doing it. When anyone starts a new campaign for their fancy new ebike, where is the motivation to be honest about range? There is absolutely none and therein lies the problem. No reward for honesty, not punishment for deceit. I think consumers want to be deceived about ebike ranges as absurd as that sounds. In this country, a lot of people create an identity for themselves around the products that they buy and will defend even completely fraudulent claims, especially if they have already ‘bought into’ that product. Nobody wants to admit they got suckered.

The problem with using Wh per mile is that as the ebikes get more powerful and faster that number gets more and more inaccurate. There is no way that 15Wh on a 52v/1000W ebike is going to get you as far as 15Wh on a 36v/250w ebike. The reality is that when greater power is available to the rider, the rider will use that power. It used to be that ebikes would get use 10-20Wh per mile, but frankly, that just isn’t true anymore. My experience with 0.75 Ah per mile on a 52v ebike means I am burning through 39 Wh per mile or over twice what people used to expect to use on ebikes just a decade ago. I think it’s time that ebike companies starting estimating their ranges using 40-50 Wh per mile instead of 10-20 Wh per mile. Will any of them do this? Probably not. If one company is claiming 1/2 the range of their competitors, which ebike do you think people are going to buy?

Consumers are uneducated and they count on manufacturers to put accurate information for the ranges of their ebikes. In the ebike world, it’s ‘buyer beware’ so my advice is to educate yourself. I think all ebike manufacturers should claim three different ranges based on speed:

I believe these standards are still generous but could possibly be true in the real world for a 175lb rider on level ground who is pedaling along. This accurately takes into account more powerful batteries and motors that calculating ranges based on Wh alone will not take into account because it completely ignores the voltage of the electrical system. I recognize that my personal standard of .75-1Ah/mile is probably on the low side because I am heavy and I live in a hilly area that eats up a ton of power.

This range inaccuracy problem does not seem to be an issue with Zero Motorcycles, who have what seem to be very accurate claims of their estimated ranges. Unfortudently smaller Chinese companies selling Electric Motorcycles like Segway seem to be absolutely over their top when they claim 75miles of range for what is essentially a Sur Ron Light Bee. I’ve owned a Light Bee for 2 years and I can tell you that no one is going to get this range with that bike. It’s a shame that 237 uneducated consumers have plunked down a deposit for a Segway Dirt Bike, with absolutely patently absurd range claims. These people will also have to wait 4 months or more to get a bike that they could buy today for $400 less right here and get it a week later. Moral of the story? Do your homework before you spend thousands of dollars on new technology that most folks don’t really understand.

The best way to make sure you can get home from your commute with plenty of range to spare is to keep a charger at work as well and charge your ebike then you never have to risk running out of juice. You can also take a charger with you in case you need to Guerilla charge on the way.