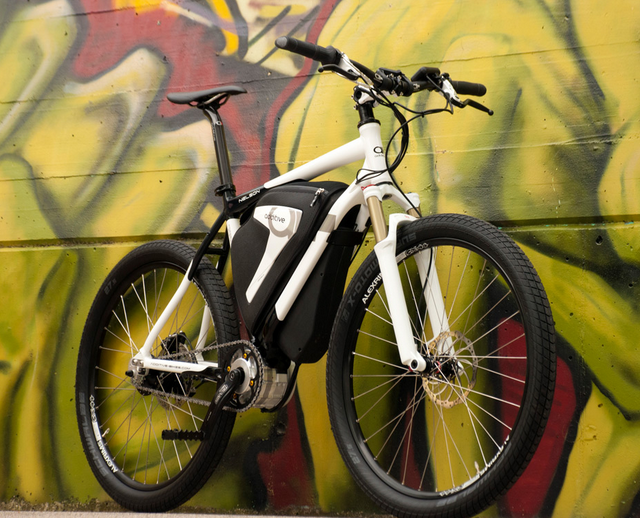 Clean Mobile is back! and with an awesome new E-bike

The German company Clean Mobile is located in Seefeld (near Munich), and they filed for bankruptcy in 2012 (owned by TQ-Group) to shed itself from the expensive development costs of designing and promoting their high-powered mid-drive. In the 250W power-restricted European Union, it wasn’t adopted for any street-legal E-bikes, and for the dynamic high-powered off-road European market…it looks like it simply came a little too early to the scene to take advantage of the profitable off-road E-bike boom we are just now seeing in 2014.

In 2011 they had contracted with the KTM eGnition, the 3rd Element eSpire, the Corratec eBow, the Ghost E-Ndure, and several models from PG-Bikes including the famously expensive Black Trail BT-01. The shining star of the Clean Mobile E-bikes was Audi’s concept show E-bike.

The 2012 drive was a very significant system with 150-Nm of torque, a 1200W motor and using a 48V Li-Ion battery. KTM and 3rd Element are now using the MPF drive, Corratec is using the well-regarded Bosch unit, and Ghost has decided to go with an affordable and reliable (but unimpressive) rear hub. 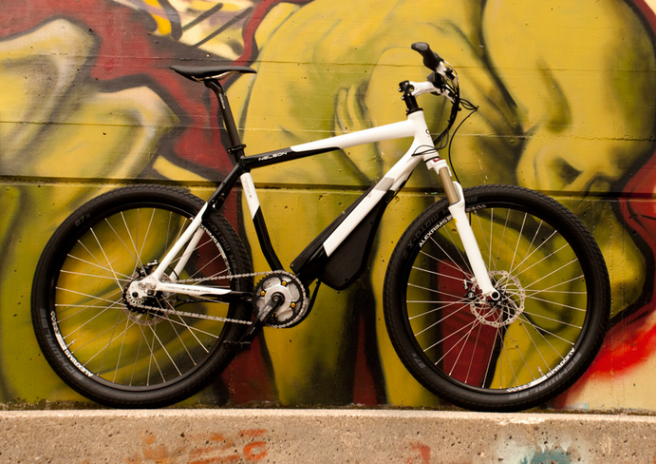 With the cargo case removed you can clearly see where they mounted the downtube battery case.

The stock battery pack is mounted through the split downtube, and its shape projects into a space that has so far been rarely used by E-bike designers. I like it! This bike also includes a semi-rigid detachable cargo case that mounts in the triangle. Of course, when the warranty expires, there is nothing stopping an E-biker with one of these frames from stuffing this roomy cargo case full of additional battery volume for more volts, more amps, or…a little bit of both!

Since the first  Additive / Clean Mobile bike is a hardtail, it would really benefit from a suspension seat-post. 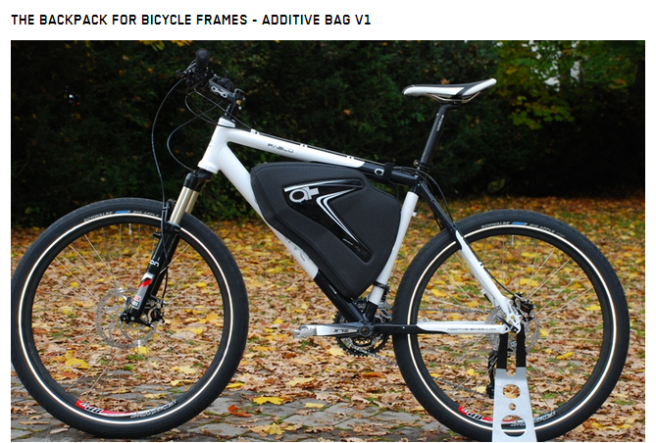 Here is the Additive cargo case in one of their non-electric frames.

The first bicycle company that they have contracted with to use their new drive is Additive, a company that is famous for their cargo cases. It appears that Additive has decided just a short while ago to get into the bicycle business, and this year they also want to add an electric mid drive in their line-up. The projected retail price in Europe is 3,290 Euros ($4,490 USD at the Feb-2014 exchange rate). 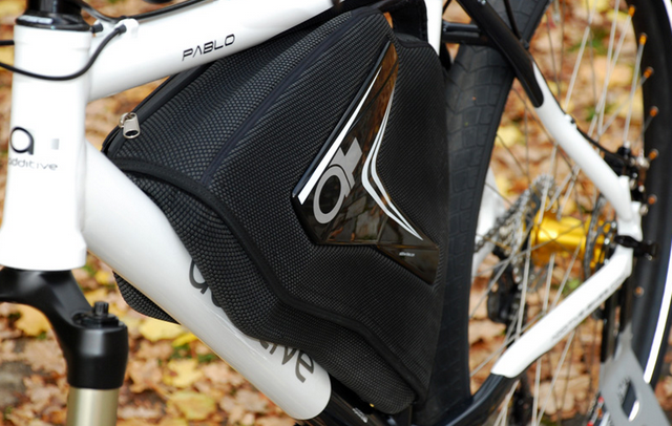 Here is a closeup of the Additive centrally-mounted triangle case. A velcro strap holds the top rear of the case onto the top tube.

The previous version of the Clean Mobile mid drive used a slightly smaller motor, and it used a dual chain reduction inside a housing. The new mid-drive motor is similar to the eProdigy and Bofeili drives, with a more compact concentric geared reduction inside the motor housing (similar to a geared hub-motor), but the new Clean Mobile motor is larger (reported to be 155mm in diameter, which is good news). The bike has a 48V motor with 1400W of power. The top speed is 45 km/h (28-MPH). The batteries capacity is 550WH (48V X 11-Ah). The torque of the motor is amazing 180 Nm. 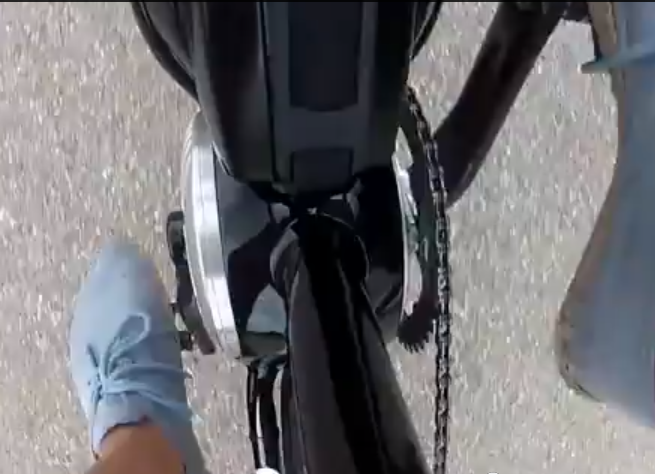 As you can see, the new motor and geared reduction is almost as large in diameter as the chainring, and it is the widest size possible that will still fit between the pedals. 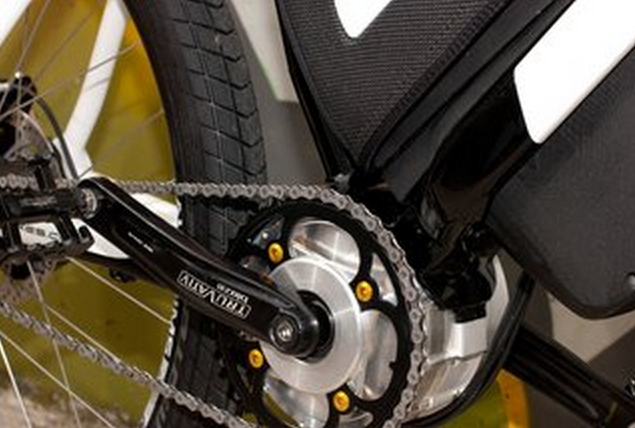 Other mid drives have used a proprietary sprocket, but the new Clean Moble mid drive wisely uses a chainring. It looks like a 48T using a 104-BCD interface.

Just like before, the left side of the drive unit is a finned aluminum heat-sink, so it is safe to assume the motor is on the left side, and the controller is on the right side. I would have preferred that they use a separate controller (like the long and thin tube-mount controllers used by ebikes.ca and also e-bikekit.com), but the larger size of this motor is such a big improvement, I don’t want to complain too much. We suspect that the motor uses a DUAL geared reduction, due to the width of the unit. 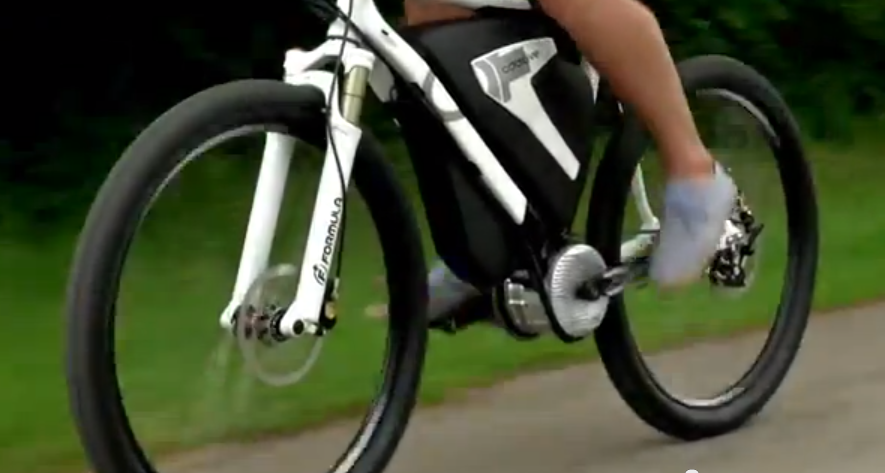 We will keep our eyes open for any new pics of the inside of Clean Mobiles new drive, and add them as soon as they are found. 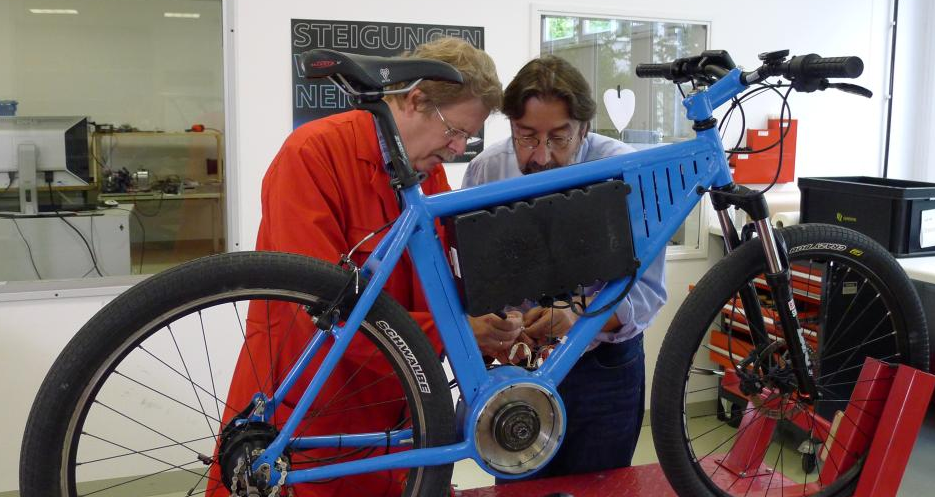 Here, Rudy Hoebel (director of Clean Mobile) and engineer Albert Schweitzer were testing the new Clean Mobile drive to find out how far it can be pushed. 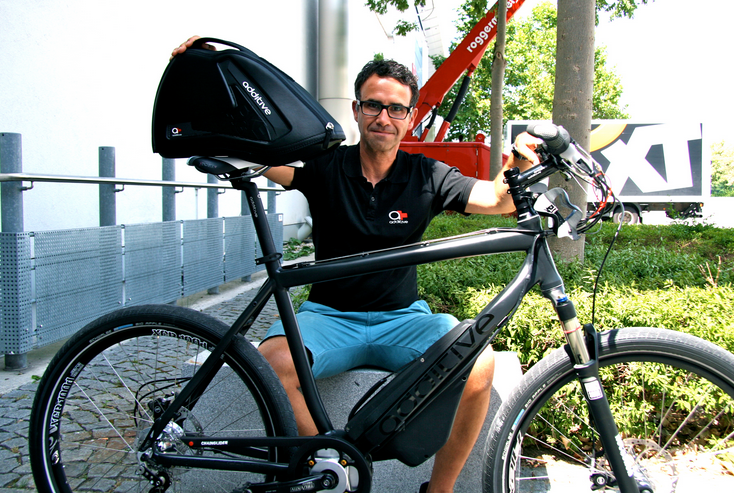 Franz Mayer is the CEO of Additive Bikes, and here he shows their new bike and triangle-mounted cargo case. This is the clearest image of the interesting split-downtube battery pack. 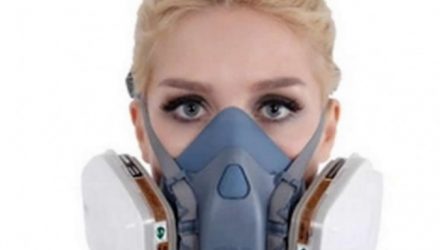