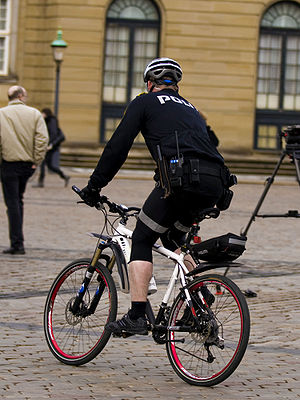 What is the federal law when it comes to electric bikes?

In the USA, Congress has defined an electric bicycle as any bicycle or tricycle with fully operable pedals, an electric motor not exceeding 750 W of power and a top motor-powered speed not in excess of 20 miles per hour. An electric bike or trike that meets these limitations is regarded as a bicycle [8] by Public Law 107-319.[9] This Law defines electric bicycles only for the purpose of Consumer Product Safety. It is a safety criteria that manufacturers should use in building electric bicycles, which helps protect manufacturers from the threat of lawsuits from within states that attempt to legislate more stringent safety requirements.

Federal law was designed to keep manufacturers from designing high speed high power e-bikes without extreme liability issues. However its very easy to build a bike that is beyond federal law. You will be lawbreaker…but chances of you getting caught are slim. In the minds of many build yourself e-bikes, legal means not getting stopped and questioned by the police. Your e-bike must look normal enough to pass that test.

What is the legality of home built fast electric bikes?

Home built electric bikes exist in a gray zone legally.  “It’s an ebike if you can ride past a cop and not get pulled over” is what one famous ebike builder said.

Almost all of the high performance e-bikes on the planet right now that can hit speeds of over 30mph are designed in peoples’ garages.  (read our 10 fastest ebike story).

Do you need a driver’s license, insurance and registration to ride an e-bike?

No, e-bikes in most jurisdictions count as bicycles.

Can you park on the sidewalks?

Yes you can…same as a bicycle

Can you take on subway?

Can you get a DUI on an electric bike?