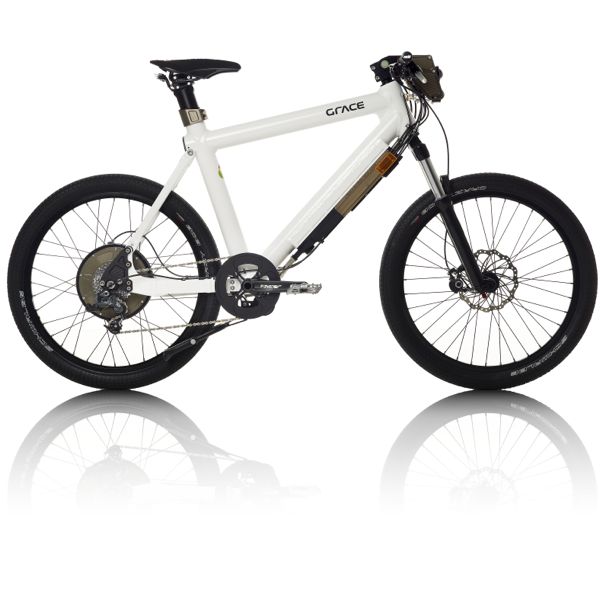 The following review was contributed by Brett Thurber of the New Wheel electric bike shop in San Francisco.

The ﬁrst step in understanding something is to deﬁne and categorize it; this goes for product development as it does for science. A product without a ﬂeshed-out category or, worse still, a mundane or uninspired category is doomed to irrelevance.

Electric bikes have had a problem with deﬁnition. For a long while the problem was technological: the utility and elegance against price equation of an ebike did not work. Marketing couldn’t change the technological weaknesses.

But today things are different. I got into the electric bike business two years ago because I found product available that wasn’t being sold and marketed in a way that matched how good it was. I saw an opportunity to help deﬁne electric bikes as an elegant technology that meshed with a modern ethos of doing more with less, and living better for it. 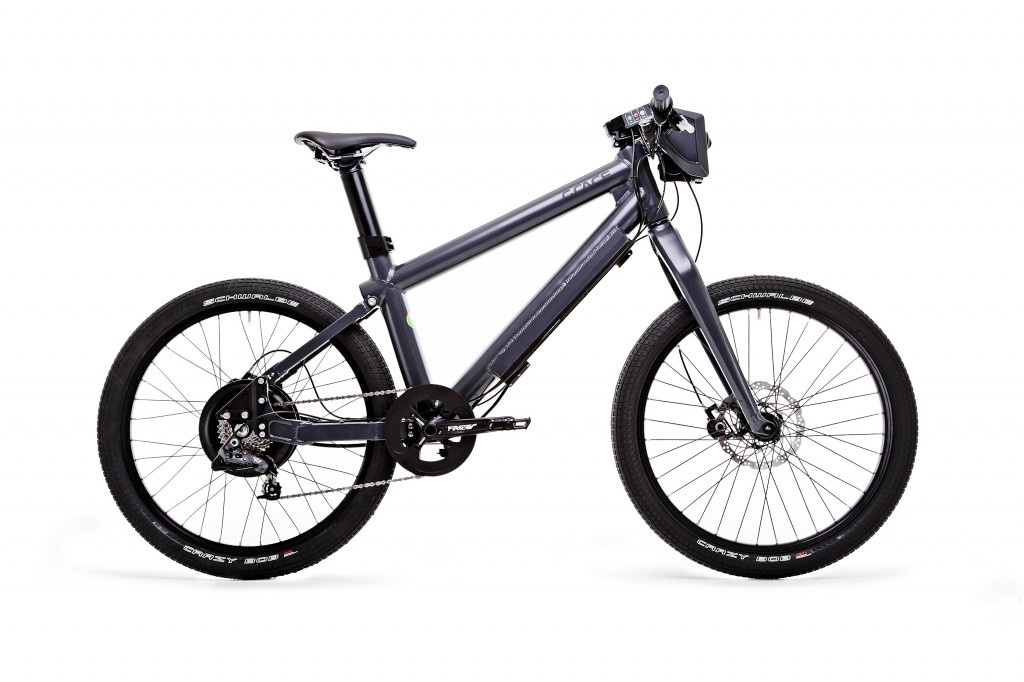 I had the pleasure of trying all three of these bikes at the bicycle trade show Eurobike this summer, but recently I was lucky enough to have the opportunity to have an extended period with the Grace One stateside. The Grace One is Grace’s ﬂagship bike, their ﬁrst product to market, and a bike that deﬁnes a category that is probably most easily comprehensible to Americans: it is a bicycle with a throttle. At our electric bike shop, we have shied away from stocking this category of bike, not because it doesn’t make sense, but because it has always felt full of compromises: a bicycle with the ride quality of a washing machine but without the power of a moped.

What you realize quickly on the Grace One is that it has been developed from the ground up as an electric moped through and through, with no compromises. It is sleek, sturdy, fast, exceedingly powerful, and has the battery capacity to get you to your destination, near or far. I rode from our shop in Bernal Heights on my typical bike commute back home across the Golden Gate to Sausalito, and the Grace One got me there in around 45 minutes. That’s about the same time it takes by car in trafﬁc, and I had 30% battery charge to spare.

The ﬁt and ﬁnish of the Grace One also suggests an ebike that is a category of its own. The bike turns on with the tap of an RFID key card you stow away in your wallet. The dashboard is comprised of a large orange display panel in the center that is controlled with four buttons on the right and left side of it. At your right hand is a quality Magura throttle, and below it two brushed metal buttons: one to ﬁre the car horn hidden beneath the bike, and the other to enable the halogen high beam housed in the central console. 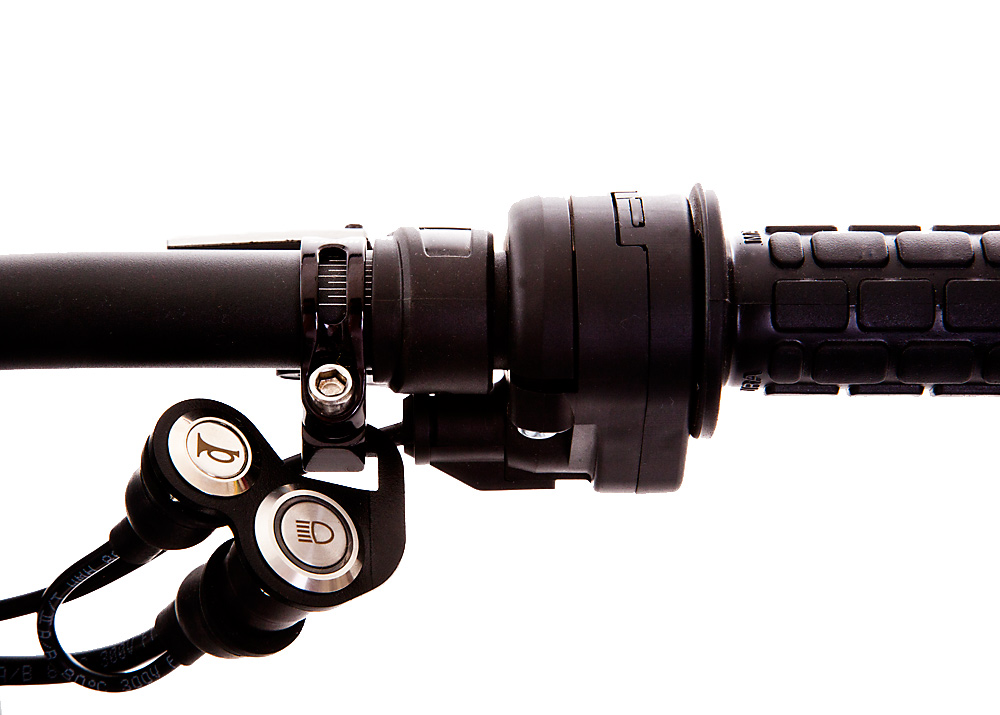 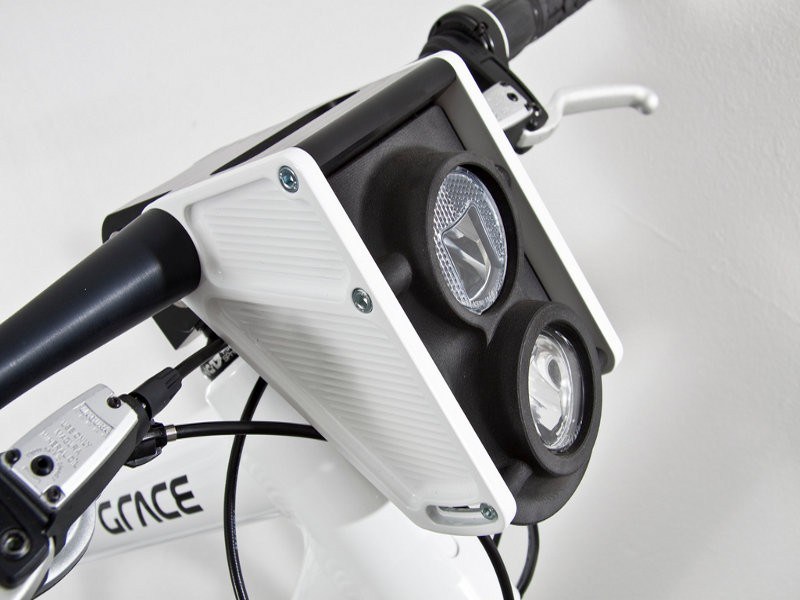 A magnetically fastening charger ﬁlls up the large 576 watt hour battery (hidden within the frame) in just a few hours.

And then there is the way this bike rides. A twist of the throttle accelerates you quickly and silently up to a top speed of 45 km/h (around 30 mph). The extremely powerful Magura Julie high-pressure hydraulic disc brakes with 203mm rotors will ensure one ﬁnger all-weather braking. Due to the no maintenance 1300 Watt direct-drive hub motor (setup for higher speeds as opposed to torque), the Grace One beneﬁts from pedaling input in much the same way as a traditional moped beneﬁted: to get the bike started and to climb hills. You learn rather quickly that to climb San Francisco’s steep hills, you need to either be adding pedaling power or have started up the hill at a higher speed – not hard to do with such a speedy ebike. 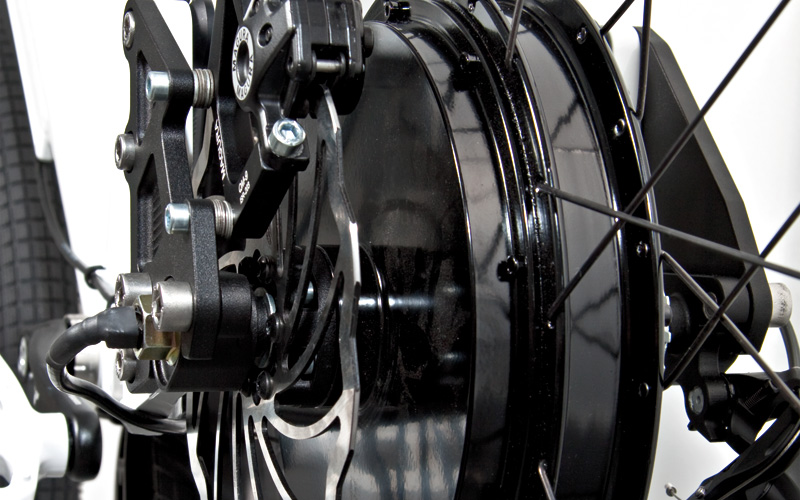 To zip across town on the Grace One is to be on a level playing ﬁeld with other motor vehicles. I dashed down Guerrero Street in San Francisco, a car thoroughfare that runs from south to north, up and down rolling SF hills, and it easily kept pace with trafﬁc. Being on an equal footing with cars is what makes the Grace One a category-deﬁning bike as opposed to other throttle operated ebikes with limited range and speed that feel more like “me too” products.

It is also what makes this bike so different from a pedal assist bike. Comparing the two categories is like comparing apples and oranges. If you are like me and appreciate the elegance of pedal assist, then you will just have to wait for Grace’s other category-deﬁning bike, the Grace Easy. But if a bike that is not just fast and powerful, but has the component quality and features that makes you feel safe and in control with that much speed and performance, the Grace One is the e-motorbike you’ve been waiting for. The question remains, however, if this bike will ﬁt in your budget at over $5000. But that is not for this review to comment on, other than to say that the value of this bike is there.

The ﬁrst few moments of riding an electric bike should elicit an emotional response as you realize in sudden rushes of understanding how daily life will be changed in splendid ways by the bike between your legs. The Grace One does this. The way it will upend daily life will not be the same as a good pedal assist electric bike. It will be different; unique to the new e-moped category that it has deﬁned. 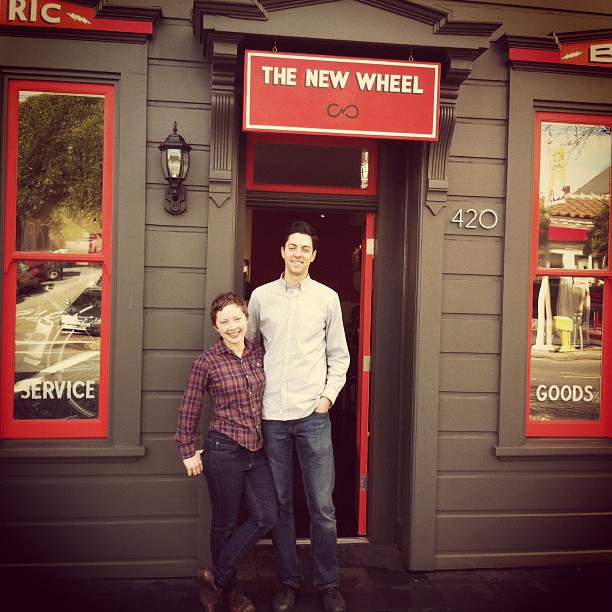 Editor note: Thanks again to Brett from the New Wheel for this insightful review. I am glad he is starting to appreciate the thrill and life changing potential of  fast electric bikes (see our list of  the 10 fastest production ebikes).   If you are thinking to buy an electric bike and live in Northern California, a trip to this electric bike specialist is well worth the trip.  As always with electric bikes we recommend you buy your ebike from a  knowledgeable local store so that you get warranty support after the sale. The New Wheel specializes in mid to high end electric bikes, and even stocks  some Panasonic mid-drives such as the Focus Jarifa (read review).

Hello, I have a Bultaco Brinco electric bike on which an

Hi That beautiful That is imaging Prix I'm in Tunisian