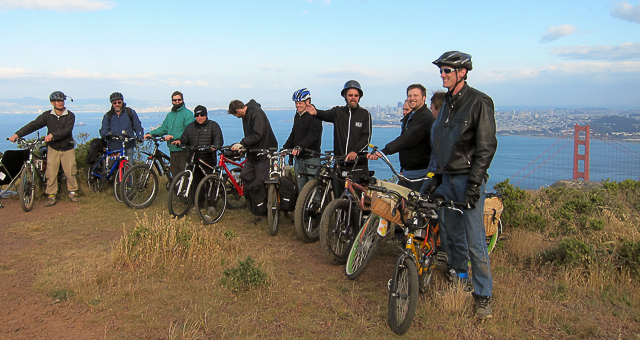 The Electric Bike racing scene in its current state is a small community of fringe group of pioneers. In this story we celebrate the stand-outs in the electric bike racing scene, both the electric  bikes, and the builders. There are only a few people heavily involved in this scene, this article celebrates the heroes of it.

For an ebike to be a successful racer, it not only has to be fast, but it also has to hold up. Anyone involved in electric bike racing knows that electric bikes have a hard time finishing a race because of battery depletion and component failure.  You can’t win a race that you don’t finish. The bikes below have taken their riders successfully to victory in a number of ebike races.  To accomplish this takes just the right combination of lithium battery, electric motor (in some cases cooled) and controller. 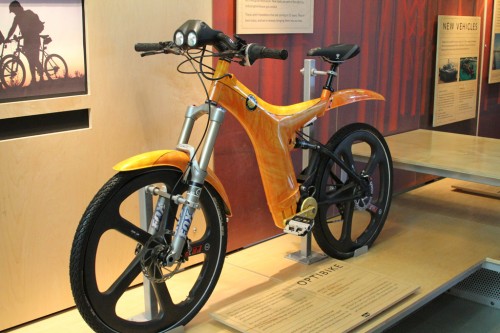 Optibike is the first ebike company I know of  to actually make its own racing team and develop a bike specifically to dominate one race (Pikes Peak Bicycle Race).  With its ultra efficient mid drive system the Optibike has proven itself to be a serious contender in races involving long and hard climbs. Optibike has entered the Pikes Peak climb dozens of times with dozens of bikes and has not had as much as a flat tire in a race that is known for burning out ebikes (especially hub motors).

Optibike was knocked off its throne in 2012, when FFR Trikes made it to the top of  Pikes with 2 of its 3 wheeled machines.  Optibike finished 4th, behind Adam’s home built hub motor (see below). Optibike also deserves credit for being a critical component in making the Pikes Peak race happen which has been the best organized most notable electric bike race ever. 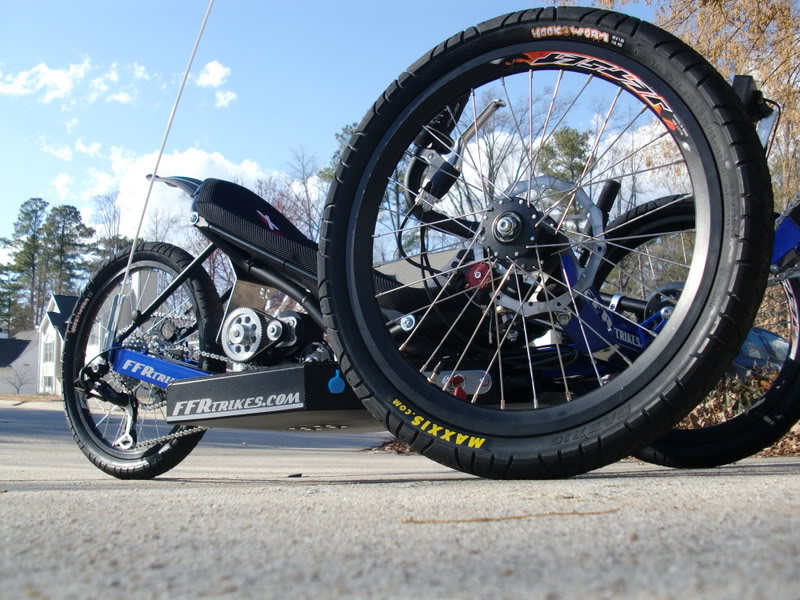 LiPo Battery, 4800 watt Astro motor (see our story on Astro), Castle HV-160 controller.  FFR trikes gets this honor for winning pikes peak in 2012  (read story). The FFR trike is powered by a sexy Astro motor single speed (read our story Astro motors on ebikes here). Getting an RC  motor set up  to make it up to the top of Pikes Peak is a hard enough task, but FFR Trikes actually won first and second place in 2012 (read our story here). 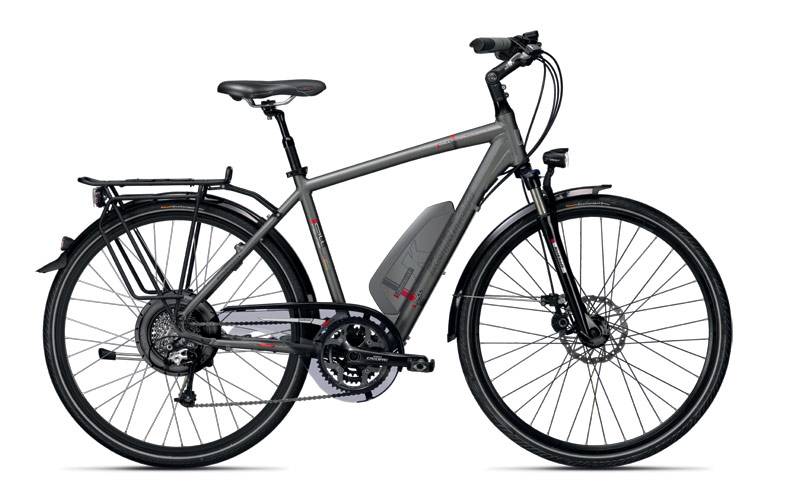 Panasonic batteries (24V 16-Ah), Panasonic mid-drive motor (built into the bottom bracket) and proprietary Panasonic controller. The Kalkhoff  wins this honor for being the only commercially available electric bike under $3000 to finish Pikes Peak both in 2o10 and 2011. The Panasonic drive system is very popular in Europe especially in hilly regions such as Switzerland. It is known as an ultra reliable system. (read our review on a Panasonic drive bike here). 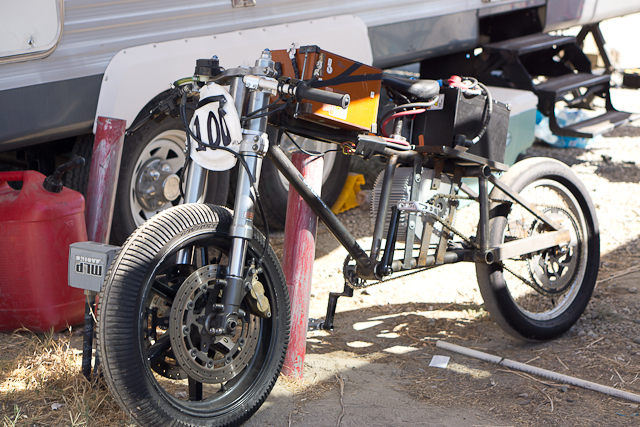 Hobbyking Nanotech LiPo…10,000 watt mid-drive motor, single speed, Sevcon controller. Liveforphysics is at the top of our list of 10 Most Influential People of the Ebike  Revolution, and this ebike is on our list of 10  fastest electric bikes.

This is a short list, a testament on how fringe the electric bike racing community is right now. 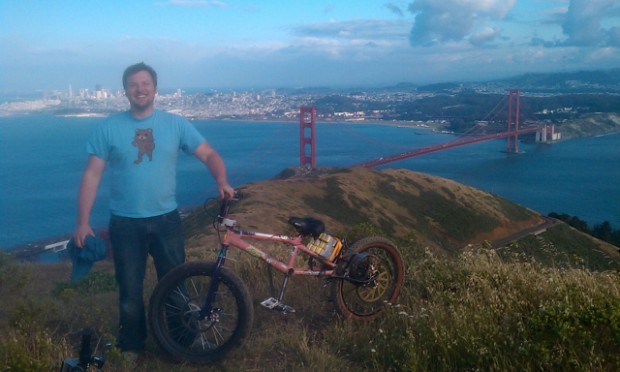 Liveforphysics (Luke) and his “Bicycle of Doom” have been an inspiration to home builders everywhere and has really raised the bar on what a fast electric bike is, and has given electric bikes more respect in terms of racing candidates.  Luke is devoted to the electric bike revolution, and strongly believes that electric bikes will do this world a lot of good.

His take on his contribution to the movement is to get attention to the the performance possibilities of electric bikes, and he is pushing that angle to the limits building 80-MPH bikes as affordably as possible, and travelling to races to show off these extreme technologies, and then sharing openly how he builds his bikes on Endless-Sphere. 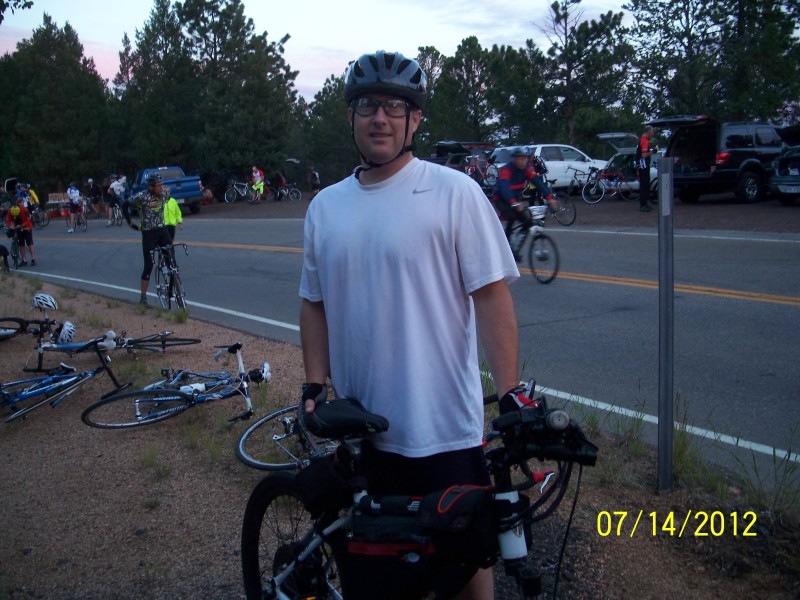 Adam Griffin was the first person to manage to build and race a home-built hub-powered bike up Pikes Peak in 2012.  (read story)  This accomplishment is very special because many builders tried and failed in the same task in 2010 and 2011. 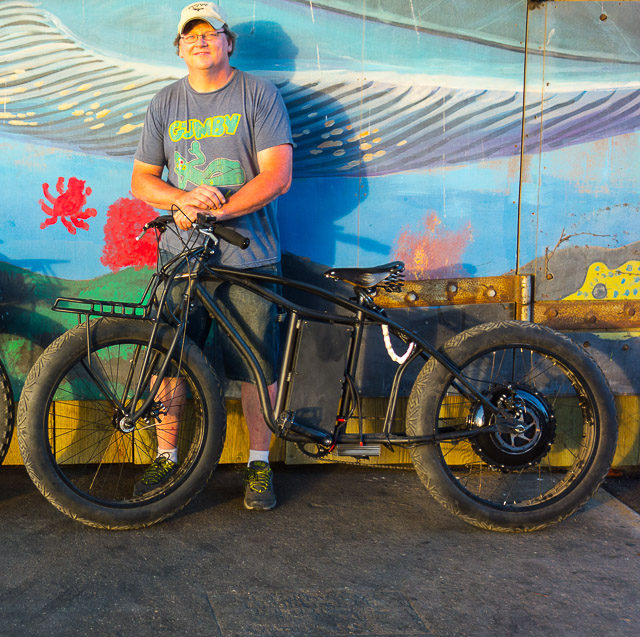 This man’s home-built 2-speed transmission has won many races. Thud has not only built some amazing drive systems using inexpensive RC technologies that have won many electric bike races, he is also a personification of how difficult these technologies can be.  Read our story on the misadventures of Thud for more info. 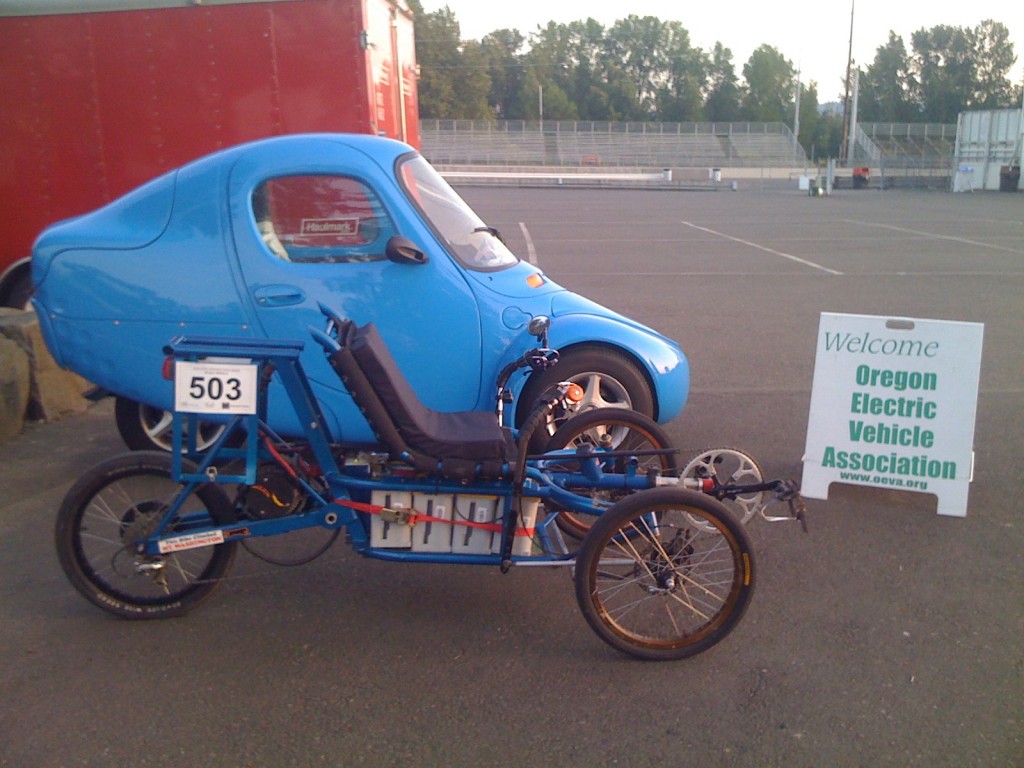 The World’s fastest official E bike run, timed at Portland International speedway, goes to Josh Kerson, Hitting 74 mph, in 11.9 seconds on a 1/8th mile drag strip track. His bike used a 500 amp controller, and an E Tek motor (read our article on Eteks)  running  at 48 volts.  Josh Kerson set a line in the sand, for electric human hybrid cycles, by inputting pedal power all the way through the finish line with a 72 tooth chainring.  Additionally, taking second place in the electric human hybrid division  he averaged 32 miles ifor a full hour , with a full fairing recumbent, utilizing an advanced mid drive system. This race was regulated by a  Wham meter. That’s a Watt Hour Allotment Meter, that levels the field by restricting the Electric Cyclist to under 500 total watts for the one hour distance event. Electric bike racing is moving forward fast now, and shows the world what electrics are capable of.