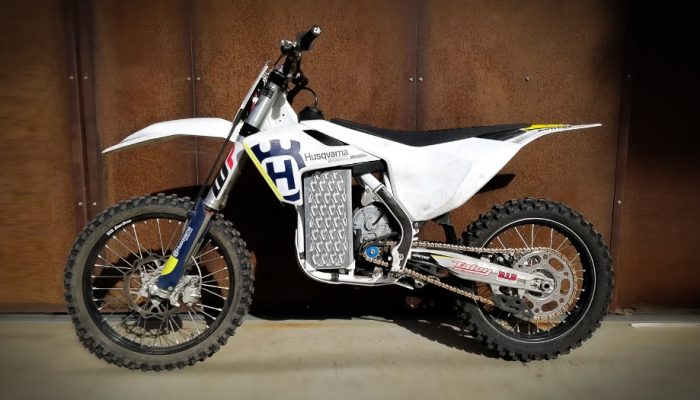 When I first saw this electric dirt-bike conversion, I was immediately impressed. It was made by a builder named Jeremy Webb who lives in Tasmania, a large island at the southern tip of Australia.

Jeremy found a 2017 Husqvarna FC250 at the right price, and the STEEL frame looked as though it would work well for the conversion he had in mind. Jeremy now regrets not taking more pictures of the process, but he didn’t think anyone would be interested in that (what!).

Here are the pics that he did have, and they are just enough to tell the story. The motor is fat enough that there was no way to mount it with the drive-sprocket located right where the stock transmission output normally was. Jeremy decided that as complex as it might be, the adding of a jackshaft between the motor and drive sprocket would actually end up being the easiest option.

One of the things that really knocked me out about Jeremy’s build is how professional every part it. It actually looks like a factory electric dirt-bike from Husky. In fact, if he told people it was a new prototype from Husky, I’m sure everyone he met would believe him.

The jackshaft bearings are off-the-shelf items, but the shaft itself is definitely a custom-machined item.

The final drive is shown below, and the stock components from Husky worked well.

The motor that Jeremy selected is a DHX Hawk 40, which has the option of liquid-cooling. Jeremy found a radiator from a KTM-65 that fit very nicely into the “now unused” Husky air-filter housing, and he was able to use that option, which is a HUGE performance benefit.

Of course, one of the FIRST things I most wanted to know about is the electrical system, and especially the battery. Jeremy took the same approach as the Zero electric motorcycle company. Zero motorcycles uses 28S (28 lithium cells in series), and when fully-charged to our recommended 4.1V per cell, that would be 114.8V (roughly 100V nominal).

He found a flat pouch cells with specs he liked, and he was able to fit six of them in parallel (6P). The pack was built by Chris Jones. There are three here, so Jeremy can swap them out, and he made the pack housing so swapping can be accomplished fast and easy. If you want to learn more about battery construction, click here for our article on that.

There are no pics available of the controller, but it is a Sevcon Gen4 size-6 controller, which is used on some Zero E-motorcycles. He also uses the well-regarded Domino throttle.

…I chose the Husqvarna because of its steel frame, knowing that the
frame would require modification to fit the pack size I needed. It
also has good plastic coverage to hide the electrical and cooling
system...” 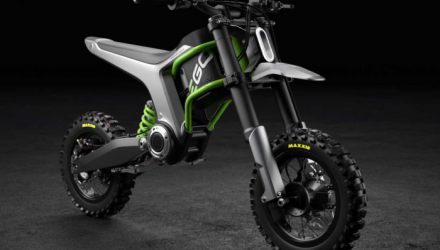 Zukun is a product development company, and here they developed a prototype using EGO battery packs, rather than develop their own battery system. To be clear, they

Electric vs Gas vs Diesel: ...

The Sur-Ron Firefly electric motorcycle has turned out to