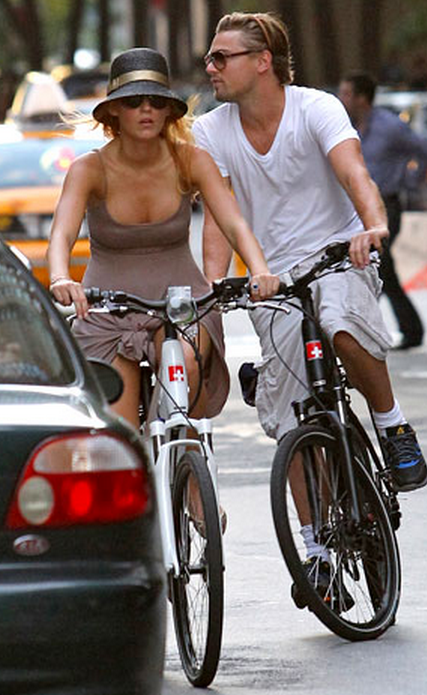 Leonardo DiCaprio is an actor, and if you haven’t heard of him, he has been nominated quite a few times for his acting skill, but has yet to win the Oscar. He is probably best known for his portrayal of the character Jack in the movie “Titanic”, also starring Kate Winslet.

In the pic above, he is riding through New York City with the actress Blake Lively, on two Stromers.

I think my favorite role of his was the charming con-man and forger who stayed one step ahead of the FBI for many years in the movie “Catch me if you can” (with Tom Hanks), which is even more interesting when you know that it was based on a true story. 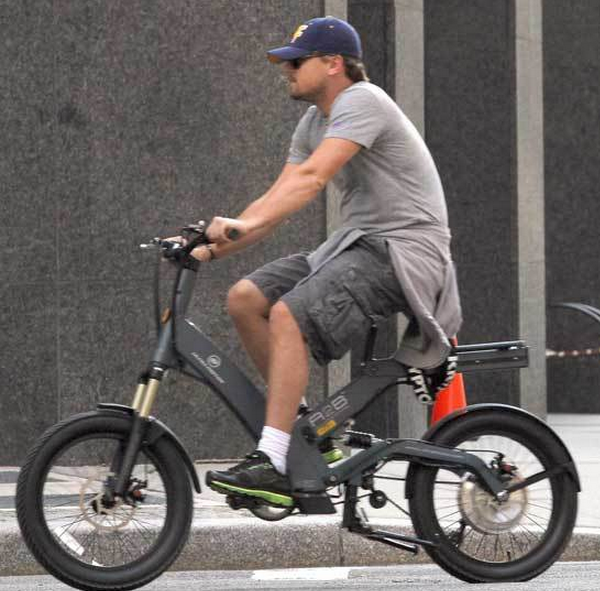 Leo on an Ultramotor A2B Metro.

Leo is no newbie to E-bikes, the pic above is from a couple years ago, when he was caught riding an A2B Metro. The A2B company had a few struggles last year, but for 2014 they have returned, and they have also added a mid-drive to their catalog.

In March of 2014, Leo was nominated for another Oscar for his work on “Wolf of Wall Street”, about a stockbroker during the inflated market that ended with the economic collapse in 2008. In spite of his best efforts, this talented actor did not win again this year.

In spite of being young, handsome, and wealthy…achieving recognition in his life’s passion has so far eluded Leo. In this pic below, he is relaxing with his Stromer electric bike (on a yacht), which is a great way to unwind and ponder his next move. An electric bike is a great way to re-calibrate your perspective and refresh your mind. Just like Leo, whenever I need to clear my head after a set-back…spending some quality time with my electric bike is just the thing to put a smile back on my face! 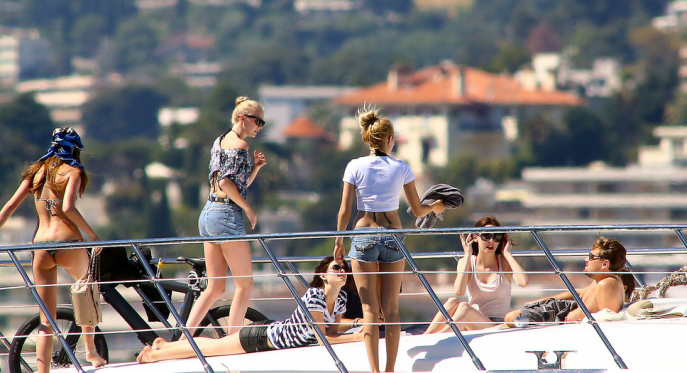 I’m sure Leo is sad about not getting a well-deserved Academy Award this year, but…cheer up, Leo, there’s always next year!