In search of a speedy, yet green alternate way to get to work, Calvin Phuong used an electric bicycle conversion kit on his bike. The 32-year-old Marina del Rey resident took his modified bicycle for a ride around a parking lot and was amazed by its speed and handling.

“One day my wife and I stopped by an Izip store in Venice and rented a couple electric bikes for the day. We had so much fun, we didn’t want to return them,” Phuong said with a smile. 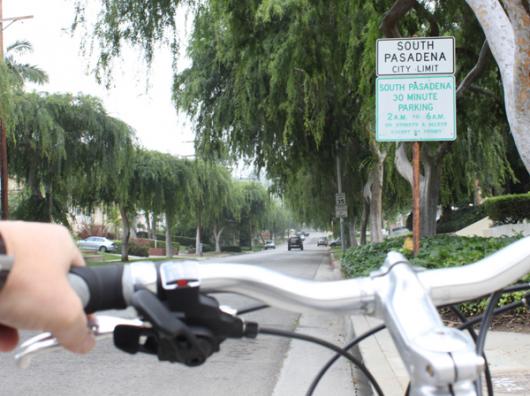 In the last couple of years, electric bicycle shops such as Izip, Hollywood Electrics and Pedego have sprung up in southern California to try to tap into the alternative transportation market. Popular consumer stores such as Best Buy, Wal-Mart and Costco have already begun selling E-bikes nationwide.

An E-bike, or an electric bicycle, is exactly that – a bicycle with a small electric motor that can power the vehicle or help a rider with pedaling. 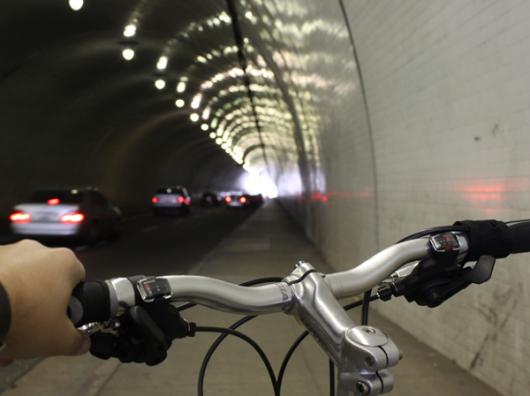 “I was thinking about a motorized bike for my commute,” said Phuong, a fraud manager for the online retailer Hautelook in downtown L.A. “I’ve got a big truck and it takes a good amount of gas, so I was looking for a way to reduce my carbon footprint.”

Phuong is part of a growing trend of economically and environmentally conscious southern California commuters seeking alternative forms of transportation, including riding bicycles, buses and trains.

From 2000 to 2009, the number of bicycling commuters in Los Angeles rose by 92 percent, according to the 2012 Bicycling and Walking Benchmark Report. The MTA recently reported seeing a 21 percent rise in ridership since last year, mostly attributed to high gasoline prices. 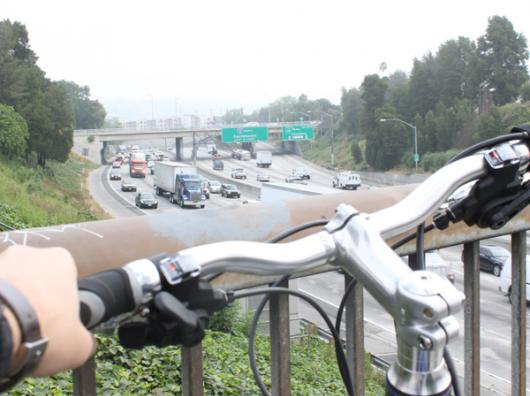 The average cost of gas is currently $4.30 a gallon in L.A. County, according to the Automobile Club of Southern California (AAA), and is expected to rise even more this summer.

The climbing cost of fuel and the mild climate of southern California give E-bicycles a chance at becoming a viable form of transportation for local commuters, according to e-bike advocates. But whether the popularity of E-bikes will reach its potential in car-centric Los Angeles and the U.S. is still a question both E-bicyclists and experts are struggling to determine. 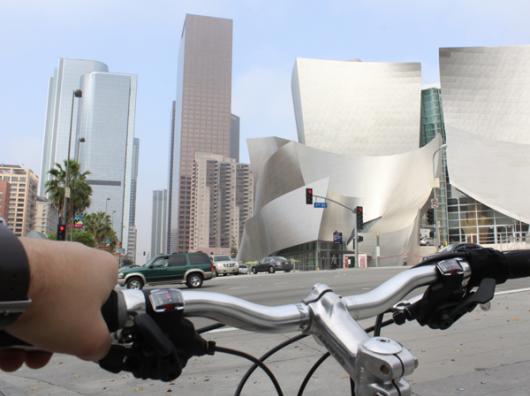 “We hear ‘I love my bike’ all the time from our customers and it never gets old,” said 29-year-old General Manager Ethan Grunstein from his Izip shop in Venice. “And we have a lot of different kinds of customers.”

Grunstein said that most of his patrons are short-distance commuters who are looking to bike to their jobs without showing up to work all sweaty, while older bicyclists primarily use it recreationally to stay active.

E-bikes look much like traditional bicycles and many of them have gears like a regular bike. They use rechargeable batteries with about one horsepower that allow them to reach speeds of up to 20 mph. 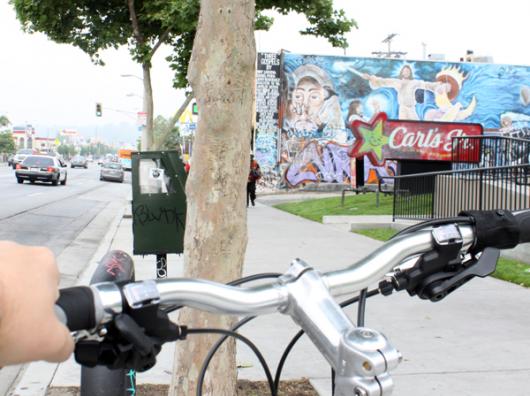 Depending on the battery, a single charge of a few hours can usually power a bike up to 20 to 30 miles before it needs to be plugged into an outlet and recharged.

E-bikes vary in style and the price can range from $400 to more than $13,000 depending on the brand, frame, motor size and type of battery. Independent and specialty companies such as Currie Technologies, Ewheels and Ultra Motor manufacture most of the E-bikes currently out on the market, but more established bike companies, such as Schwinn, Trek and Giant have churned out their own models as well.

In California, e-bikes are not categorized as motor vehicles and do not require a driver’s license or registration to ride, making them accessible and inviting to consumers.

Nationally, E-bike sales reached roughly 300,000 in 2010, double the number in 2009, according to Electric Bikes Worldwide Reports, a service that determines electric bike sales. E-bikes have been growing at a 21 percent year clip and could reach sales of 785,000 units a year by 2016, according to Pike Research, a clean energy market research firm. 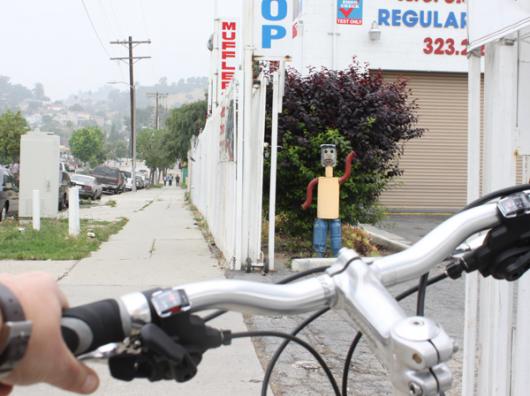 These numbers, however, are dwarfed by the immense figures being registered overseas. In Europe, an estimated 1 million E-bikes were sold in 2010, according to Electric Bikes Worldwide. In China, among the 450 million bike riders, more than 100 million occupy the roads with their electric bikes.

Despite promising U.S. projections from consultants, manufacturers and merchants of E-bikes, its sluggish growth in American markets compared to the rest of the world has cast doubt on its future here.

“I don’t believe E-biking will become significant in America,” said 47-year-old Bill Knowles, an engineer in Boston who has been riding his E-bike since 2008. “We’re a car culture.”

Knowles is a life-long bicyclist who uses his E-bike to commute 12 miles to work two or three times a week, but still sees major obstacles that must be overcome for E-bikes to be truly accepted and embraced by the American market.

“We (Americans) have a ‘bicycle is exercise’ mentality. There are also a lot of commercial E-bikes that perform poorly. All these factors make it tough for E-bikes to be widely accepted in this country,” Knowles said.

Robert Kalkman, a 52-year-old commercial building maintenance manager in Peoria, Illinois who rides to work on his E-bike, also has a bleak outlook for the market.

“I see little future for E-bikes here,” Kalkman said. “One thing that might well do it, though, is high fuel prices. If they stay up, then all sorts of alternative transportation, including E-bikes, become viable.”

Still, Edward Benjamin sees promise for E-bikes here in the U.S. Benjamin is the director for eCycleElectric Consultants and chairman of the Light Electric Vehicle Association.

“I think we’re coming to understand as a culture that there is more than one form of transportation,” Benjamin said.

“A number of major bicycle companies in the U.S. see very clearly in an electric bicycle future. This idea that a lot of folks have that there isn’t interest here is false; it’s simply not the case. It’s a really young business and it’s doing okay. And internationally, business is spectacularly good.”

That could have been another way to describe how Calvin Phuong was feeling after finishing his quick demonstration on his bicycle in the parking lot. He had a big grin on his face.

Upon locking his new e-bike up, he said he and his wife were planning to use them as much as they could.

“Electric bikes are a lot more fun than people know,” Phuong said. “You just feel so free. People really just don’t know enough about them yet.”

Thanks to USC student James Kim for writing and submitting this story.

All I want for Christmas is to ride my electr...

I feel incredibly blessed to have the life than I have. I get to write about ebikes, lots of people seem to enjoy what I write, and

Winter is here, my favorite...

I woke this morning to 3 inches of snow

Millions of people suffer from serious depression. If you

Sheer Insanity: How I used ...

So I’ve owned a Sur-Ron Light Bee for about