5/20/2012  M55 bikes announced the newest incarnation of the M55 Terminus which became lighter, smarter and more powerful. The launch was in Monaco at Top Marques few days ago and the first 12 production units of the updated m55 are already sold.

The M55 is #2 most expensive ebike available for purchase right now according to our Top 10 Most Expensive Electric Bikes.  Build in Hungary this E-bike is an example of master craftsmanship, and is made to order and built one bike at a time. Cost can be up to $40,000 depending on the configuration you use.

Probably to counter the release of thrilling new prototype electric bike  from Audi (Audi Electric Bike Revealed), the M55 team has dialed up the motor to 2.2kW, about the same level as what the Audi E-bike runs. The M55 should have a performance advantage because of running its system through a Rohloff, where the Audi just uses a standard bicycle derailleur  system. With the 2.2kW version of the M55 you can realistically expect 40-50mph speeds on the flats…and as always human pedaling won’t make much of a difference at these speeds.

The M55 uses the German made Rohloff in the gear hub as a transmission (read our story on Rohloff on e-bike), giving you 14 speeds to keep the highly efficient and lightweight RC motor in its optimal power band during all types of riding.  For an explanation of high performance RC motors used in electric bikes and the complexity of adapting them for E-bike use,  read our article: Astro Motors on Ebikes; Terrifying Speed.  The huge drawback to the m55 is its ridiculous price tag, and who would want to risk scratching an electric bike that cost so much by taking it off road riding? That being said, this E-bike is perfectly suited for off road riding given the Rohloff makes it climb super efficiently and effectively when shifted down into low gears.  Check out how nervous this guy looks demoing the super expensive M55 off the road: 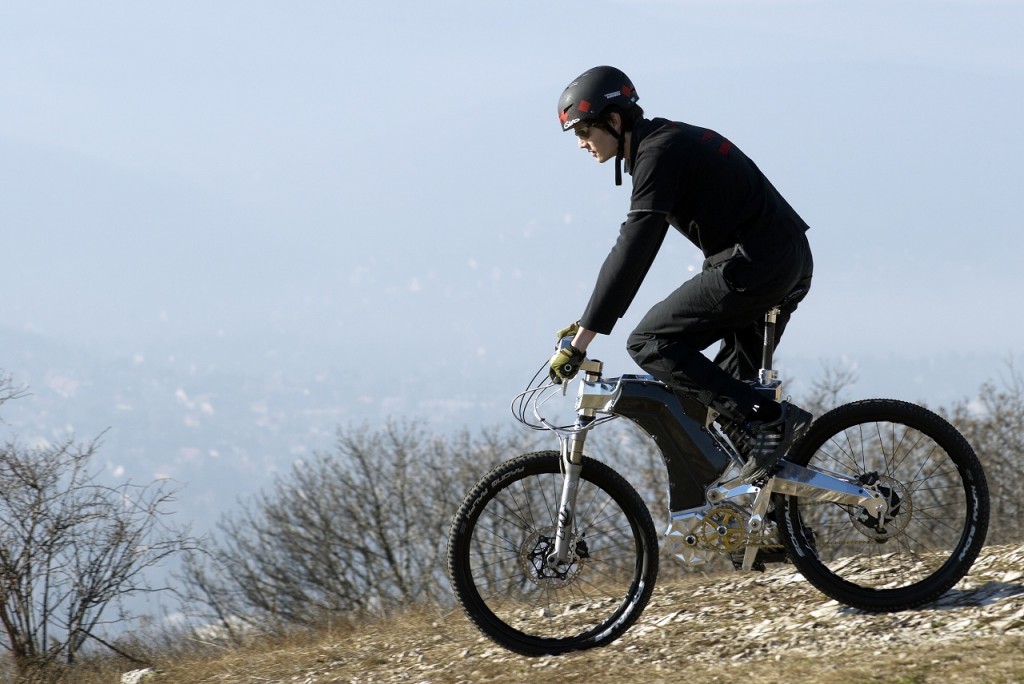 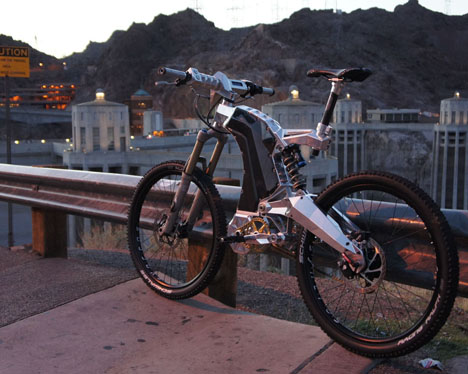 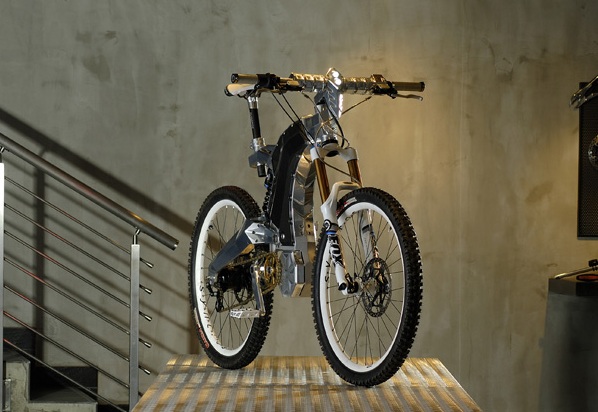 Check out the below photo gallery for pictures of the latest version of the M55 electric bike, and be sure to click on it so that you can see the pics in high- resolution. Enjoy :)…these are brand new pics just released by the M55 factory: