Now lets go to the cheap side of the Ebike town and see what  China has to offer in terms of electric bike innovation. Although the stuff out of Germany and Europe is probably a lot cooler and slicker than China tech, China is no doubt the world’s leader in ebike manufacturing.  Later we will do a post on critical components (battery, controller, and motors) coming out of China. 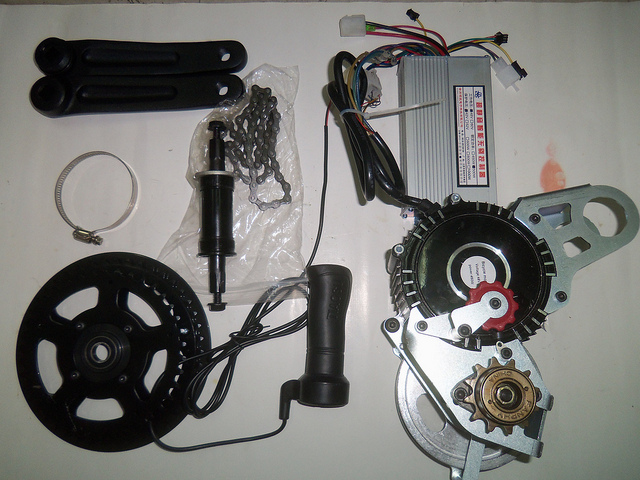 This is the niftiest ebike  tech we have seen come out of China recently and will start this list with a serious bang. This shows what China is capable of. This company broke from the hub motor mold and give us something fantastic and cheap. Just the way we like it. $400 including air shipping gets you everything you need (minus battery and charger) to transform your bike into a powerhouse climbing mid drive (see our article on benefits  of mid drives). We will be doing an article on this drive system soon, but it makes it possible to build your own mid drive full suspension bike for cheap.  You can follow people testing and trying this drive on this Endless-Sphere thread started by Electricbike.com editor Spinningmagnets.

Here is a video of the system in action. (See more of this riders videos and photos here):

The equivalent is the made-in-Austria EGO drive which will set you back $3500 including battery:

2. Tektro Ebike Brake lever with a built in bell 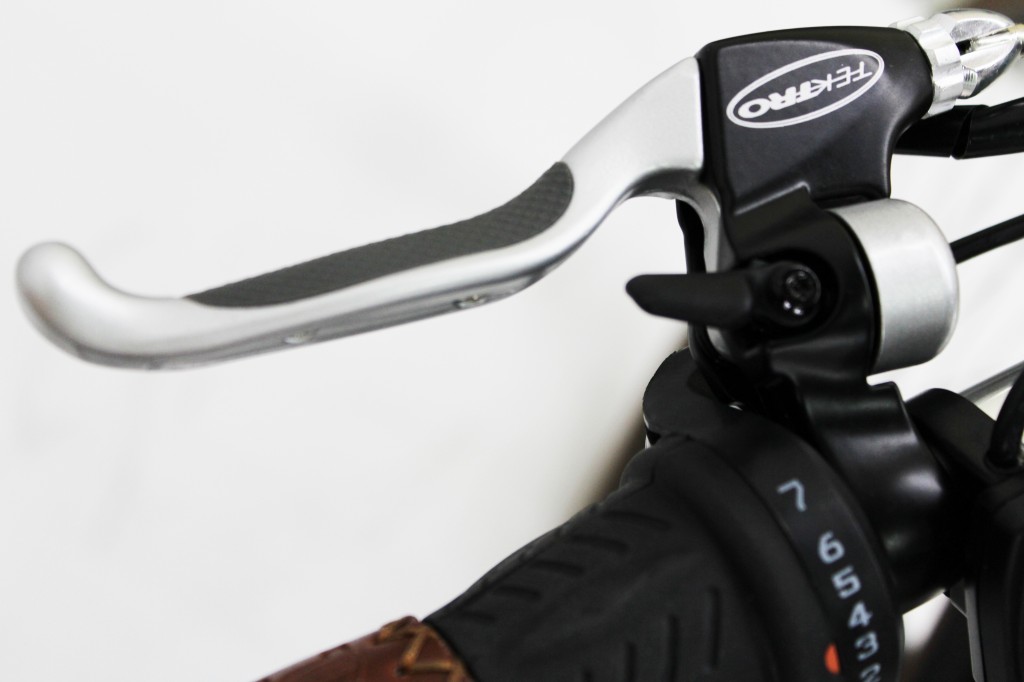 Ebike brake levers automatically cut off the throttle when activated. Ebike levers are an important safety feature, especially on the more powerful electric bikes. This Ebike brake lever has the added niftiness of having a little bell built in which can be activated by the black mini lever.  The bell is just loud enough not to piss off the pedestrian or bicyclist you are blowing by. 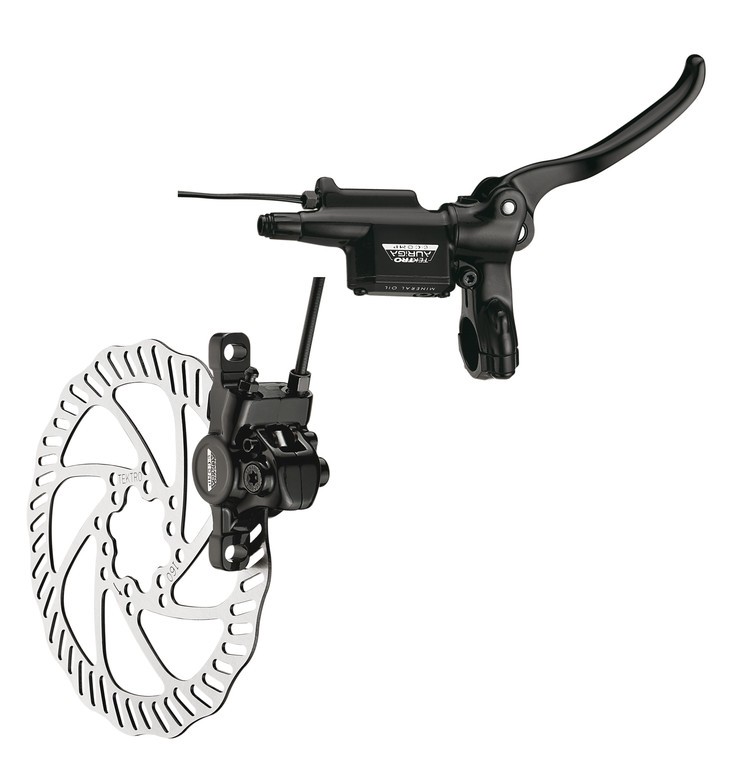 Until recently if you wanted  hydraulic disc brakes you  would have to go without the automatic throttle cutoff….a dangerous proposition on a high power ebike. China to the rescue! Tektro released the Auriga E-comp hydraulic disc brakes which feature a cutoff on the lever. These can be bought through Ebikessf.com 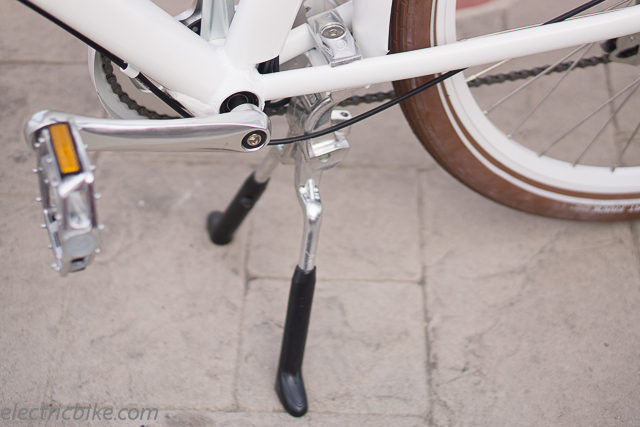 A kickstand on an electric bike is highly convenient. Electric bikes are heavy and can be unwieldy and get in the way, especially when they are not being ridden. A center kickstand posts your baby up solid. This kickstand  made in China seen here on the Pedego City Commuter (read review) adjusts in seconds so you can put the bike in different angles for different terrain or repair. 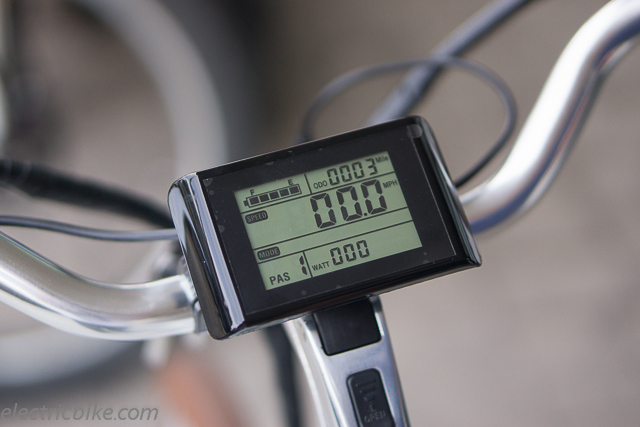 Digital dashes are on their way from China, and are starting to add more and more features. The above feature not only includes an odometer and speedometer but also a watt meter. Chinese dashes do not include highly accurate battery level indicators such as the  $150 Canadian-made Cycle Analyst  (read review), which will tell you exactly how many amp hours and watt hours you have burned on your ride so far, but more features are coming every day. Recently we have seen some cheap Chinese dashes out of China which include amp-hour readouts. Amp-hour readouts out of China will change the digital dash game and make these awesome pieces of Ebike Tech. 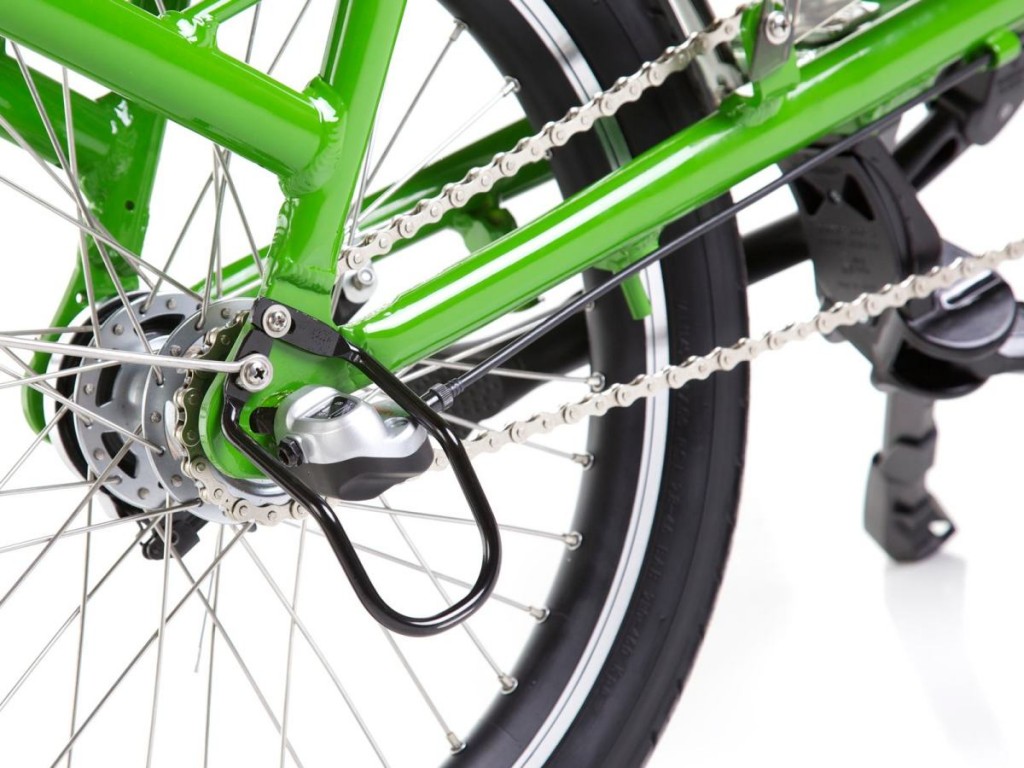 The Juiced Rider pictured above has a perfectly clean chain line instead of using an external derailleur. It has a 3-speed transmission built into the rear hub. On the front hub it has a 700 watt geared hub motor.

Many front wheel drive bike are utilizing these inexpensive IGH’s made in China. Cost…around $50. 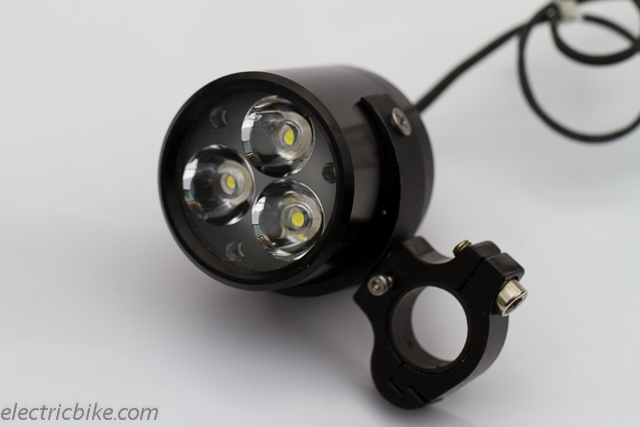 Ebike lights make a lot of sense. If they are hard-wired to the ebike battery, you have nearly unlimited battery life. You can even leave these on in the daylight, since their watt-usage is so miniscule. The light pictured uses LED lights and burns only 9 watts per hour and is nearly as bright as a car light.

What makes this possible is the light has a built in voltage converter which allows it to be used with any battery from 24V up to 96V.

Price of the light? Around $35

Just another example how the cheap Chinese manufacturing changed my life. 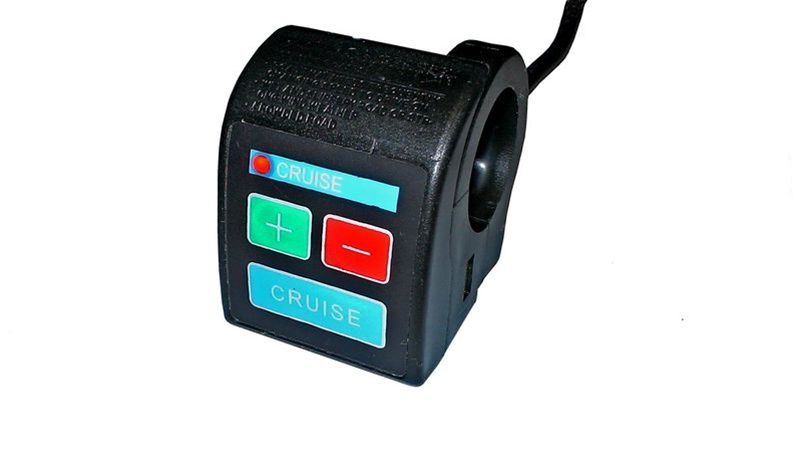 This cruise conrol has been around for a while. It is chintzy, but what did you expect for Chinese and cheap?  What it does is allow you to set a speed and hold it without twisting the throttle. If your throttle hand is getting tired while taking long cross country trips this gadget is for you. It’s almost worth its cheap buy-in price for bragging rights that your ebike has cruise control. 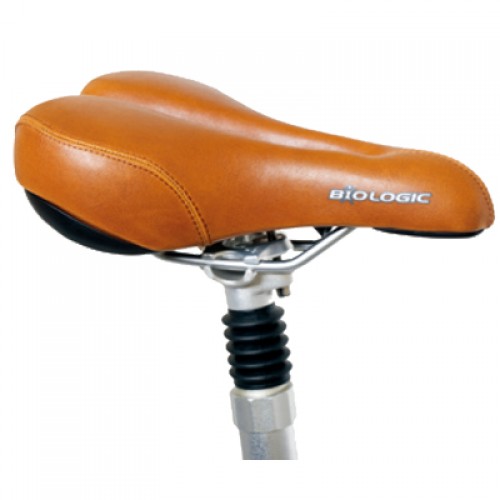 The one piece of Chinese suspension that we would recommend is a  suspension seat post. Not only are these extra cheap (under $10 in China), but they do an adequate job of smoothing out the bumps. Also they do not have to carry the extra weight of the ebike’s components and batteries…they just need to support the riders weight. 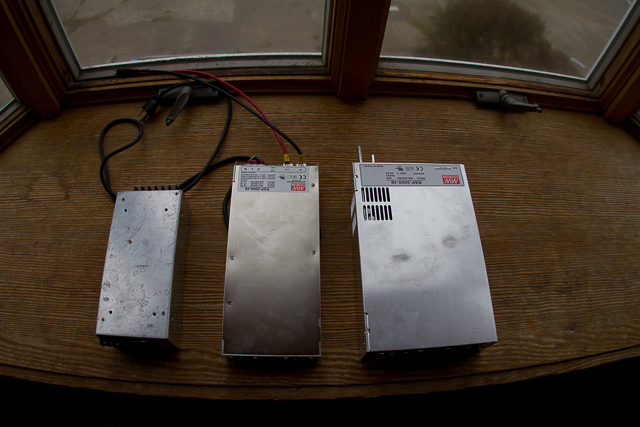 This has recently been my favorite piece of Chinese ebike tech.  Pictured are three of my favorite toys. From left to right: 600 watt, 2000 watt, and 3000 watt chargers. Pieces of Chinese-made goodness. A regular ebike charger is around 200 watts. The 2000 watt model fits easily in my rear bike bag and can fully charge my 48V / 10-Ah battery in 20 minutes, using any household current.  This effectively doubles my range anytime I can find a charge spot.

I have secret gypsy charging points I know all over my city. 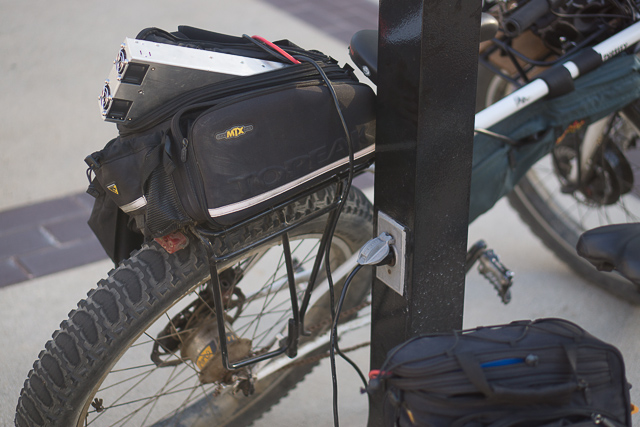