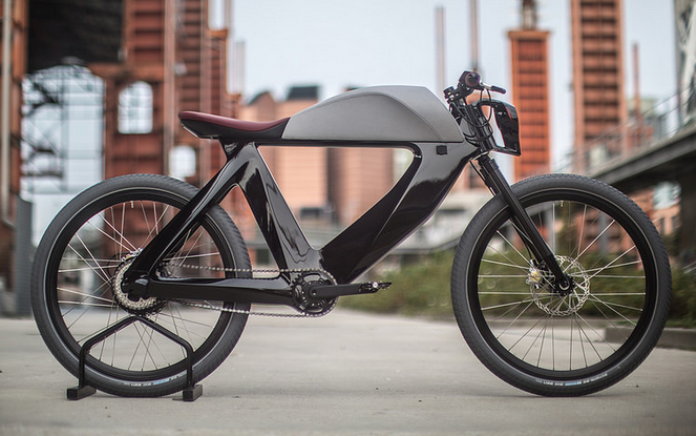 SPA is a very old luxury/sport car company from Torino (often translated into English as “Turin”), in the north-west region of Italy (near the French Alps). The company was established in 1906 by Matteo Ceirano under the name of Società Piemontese Automobili (roughly translated, it means Company “at the foot of the mountains” [that makes] Automobiles). The chief designer at the time was Alberto Ballacco.

In 1925, they were purchased by a very large and famous neighboring company: Fabbrica Italiana Automobili Torino (F.I.A.T.). Fiat has now sold the SPA marque to Alessandro Camorali in 2014 (founder of Camal Studios) and he will use SPA as the masthead for designing electric cars and E-bikes.

Matteo Ceirano was not new to cars when he founded SPA. He had sold his first car factory to the industrial investment group Fiat in 1899, and he then started (or worked at) several car companies over the next few years. Then, in 1906…he formed SPA, which then went on to earn a great deal of respect and fame over the next few years.

By 1924, SPA had developed a “Super Sport” engine based on their WW-One experience of making aircraft engines. It was an in-line 6-cylinder engine with dual overhead cams, four valves per cylinder, light-weight alloy pistons coupled with tubular connecting rods, and dual carburetors. All of these features were very innovative in 1924.

Since an engine can develop exhaust leaks at the point where the exhaust manifold attaches to the head, this had proven to cause problems for many race car designs (causing an over-heating exhaust valve), SPA cast the exhaust passages into monoblock.  Using a monoblock design also eliminated the need for a head gasket as a potential point of failure, with both the head and block cast together as one piece. In 1924, two SPA racers won the first and second places in their class in the very demanding 3000-km Alpine Cup, which follows a winding path through the local mountains.

Taking a step back for a moment…from Fiats’ first investment in the new “automobiles” in 1899, Fiat had focused on the economy cars that were more affordable for the masses, and Fiat was the first Italian company to embrace an assembly line (with a keen eye to the recent success of the $825 1908 Ford Model-T). As a result…by 1910, Fiat had become the largest car company in Italy.

When SPA was struggling during the extended post WW-One economic depression, Fiat bought them in 1925. The production of luxury/sport vehicles was stopped immediately as being temporarily unprofitable, but Fiat retained the SPA marque for future use, and they also retained the SPA staff as an engineering and mechanical design bureau.

Fiats new 2007 remake of their classic 500 “Cinquecento” has been a big financial success across the entire globe. The 500 name comes from the air-cooled two-cylinder 500cc motorcycle engine from the version they made in 1949. The attractive 1949 version was itself an update of the 500cc 1936 Topolino (little mouse). 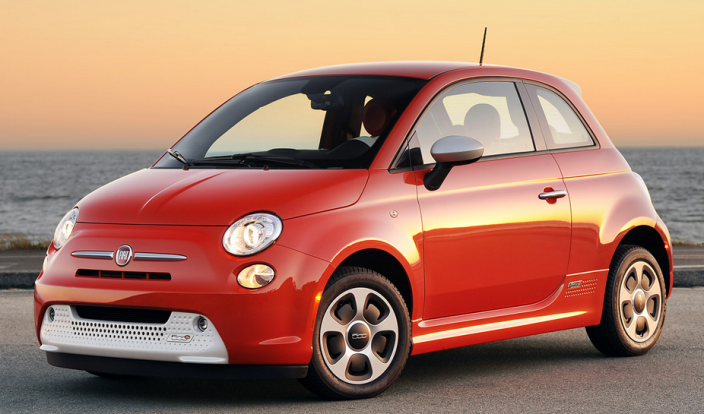 California passed a law that for any car manufacturer who wants to sell their profitable gasoline-burning cars there…they must also sell a minimum number of low-emission vehicles. California is such a big car market (especially for high profile “cool” cars), that it is a market that can’t be ignored. Since Fiat had to make a low-emission version to sell in the crucial California market, they investigated a hybrid power-plant, but there was simply no room for that configuration. They decided to make and sell a full-electric version called the 500e.

Here is where it gets a little weird. Because Fiat has to price the 500e low enough so that they sell enough of them to make the minimum required yearly sales…they lose $10,000-$14,000 per car, every time they sell one! The CEO of Fiat has even publicly asked everyone to “please do NOT buy a Fiat 500e!“

The popular and profitable gasoline version sells for around $18,000, and since the electric version sells for approximately $32,000…The Fiat CEO is saying that the 500e costs roughly $44,000 to break even. If that is true, what are the buyers getting for their money? The small volume of the battery pack meant that they were forced to spec the most energy-dense batteries available (expensive), and the small volume of the “engine” compartment limited the size of the motor they could use, so…they chose a highly respected motor from Bosch which then used a high 9.6:1 reduction from the motor to the single-speed drive unit (as opposed to the 3:1 reduction used in the larger and heavier Chevrolet Spark).

Fiat engineers limited the motor speed to 12,800-RPM’s, but…with a 9.6:1 reduction, they have much more wheel torque than the Chevy Spark. The result is a very Peppy EV that is reported to be a lot of fun to drive. Top speed is capped at 88-MPH, and max efficiency is around 40-MPH (due to wind resistance and gearing).

The return of S.P.A.

SPA has been revived in 2014 to manage designing a series of electric vehicles. And…(as it is with many things from Italy), it is the style that is very important, so the SPA brand will also design such accessories as a watch and a line of luggage. Below is a faux blueprint for the marketing campaign, which is a stylish addition to the advertising package. This E-bike is clearly a nostalgic tribute to the Boardtrack racers of the early 1900’s.

This is an E-bike that cares more about style than performance. I’m not saying that style is unimportant, it’s just that this limited edition E-bike will be very expensive, and will will appeal to a buyer who appreciates a beautiful and exclusive product. The power system is provided by the Italian company “Move your life”. It is a simple rear geared hub, using a 36V battery pack that is located in the downtube, and power is limited to 250W-500W (depending on the laws in the country of sale). The faux “gas tank” is a very useful storage compartment. 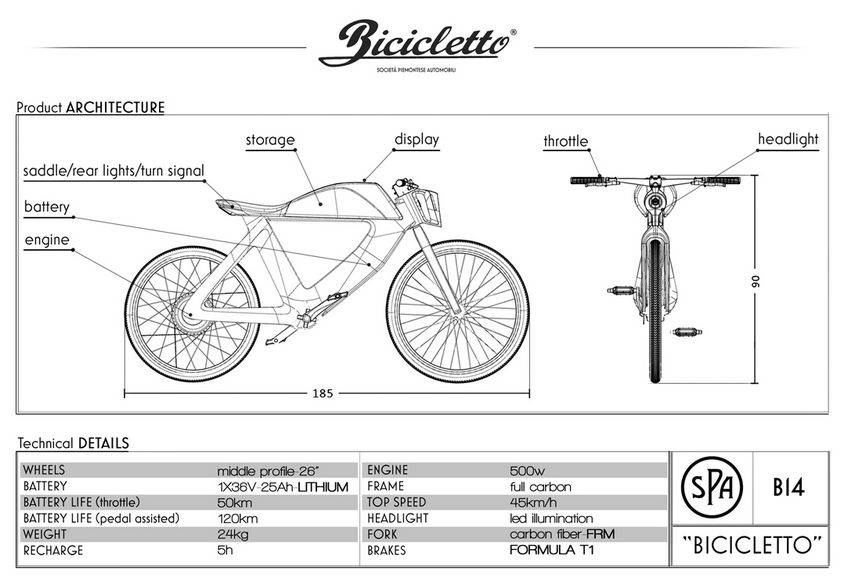 Here is a drawing that is intended to capture the spirit of a “round table” discussion that clarified the styling themes that the chief designer wanted to end up with. 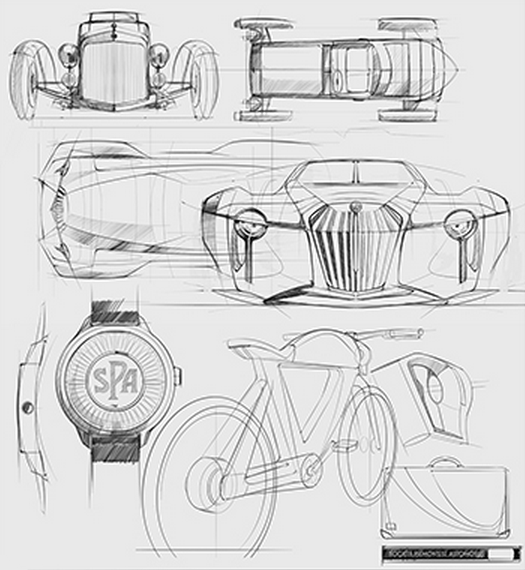 The body of the SPA Bicicletto is a combination of a light and sleek carbon fiber frame, coupled with weather-proof faux leather accents in key locations. 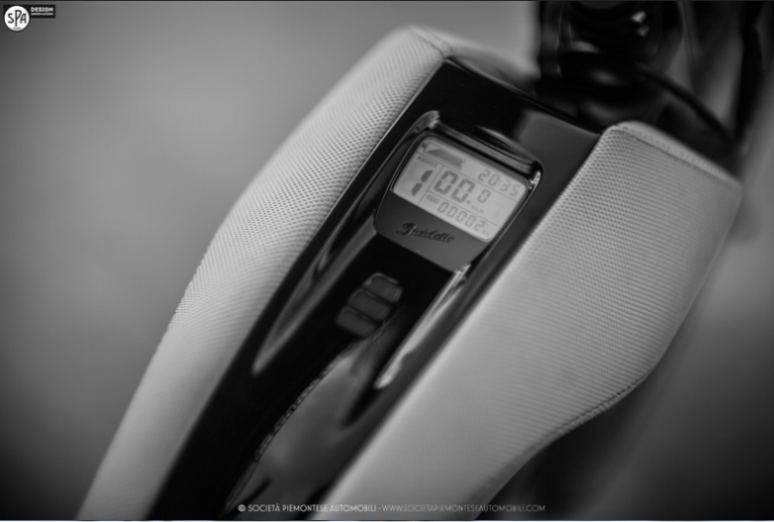 I am surprised that SPA did not use “reversed brake handles” so that the cables could be run inside the handlebars for a less cluttered look (like the Pinifarina Fuoriserie), but…it is still very attractive in its current form. Molto Bello!…sì? 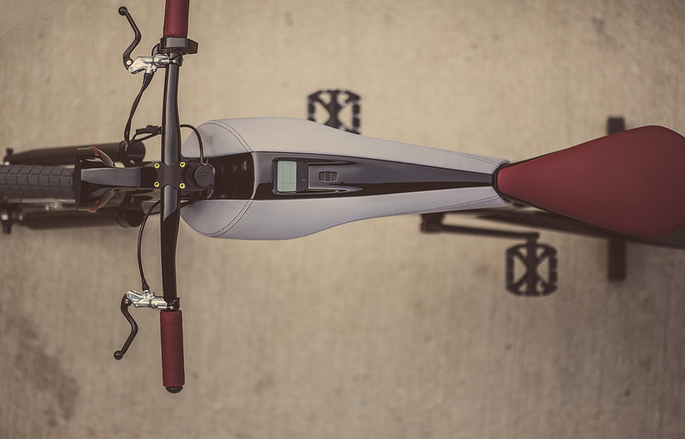 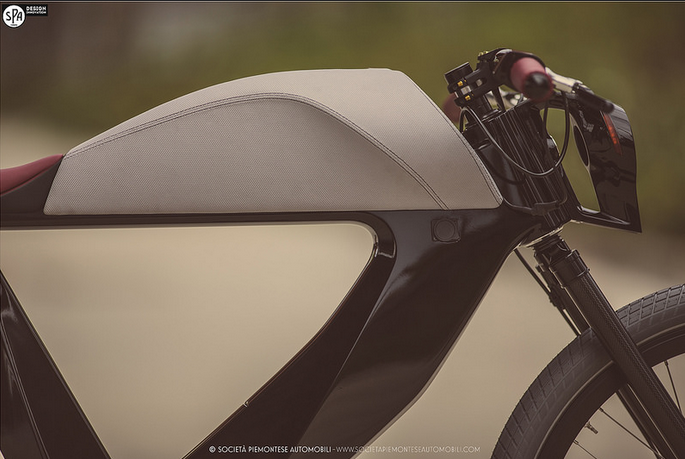 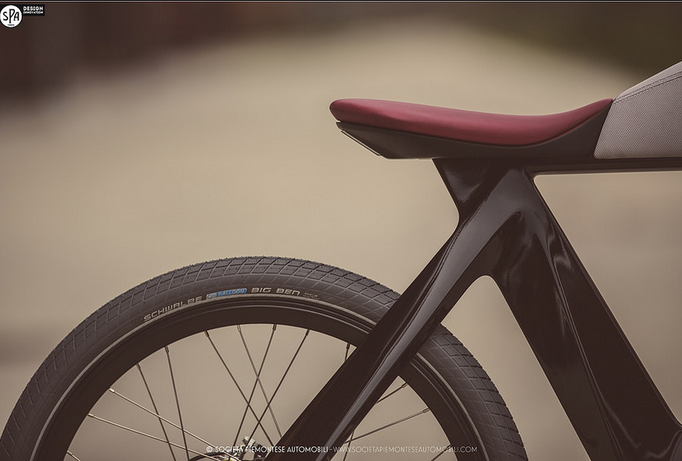 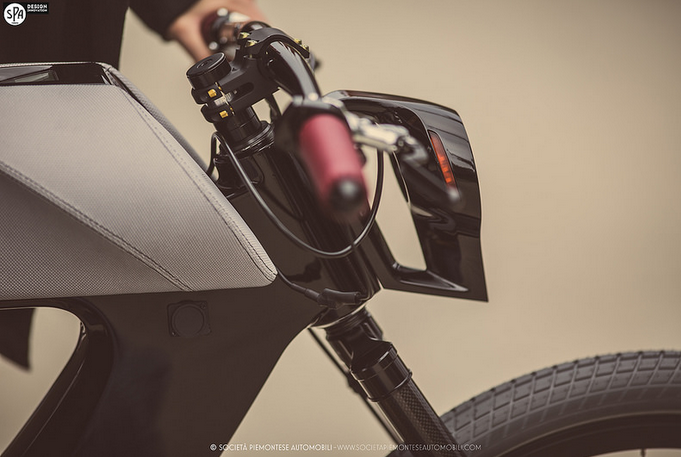 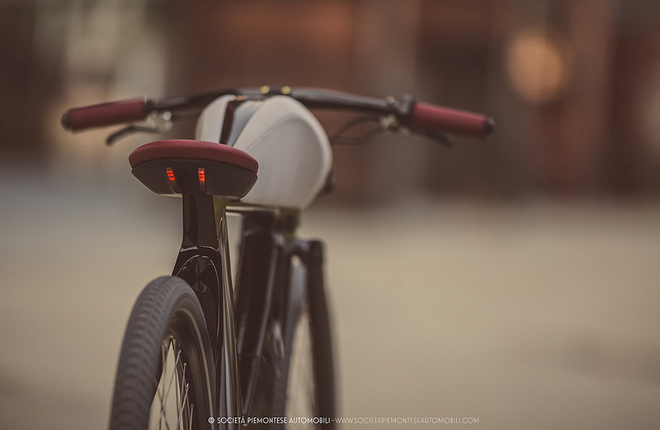 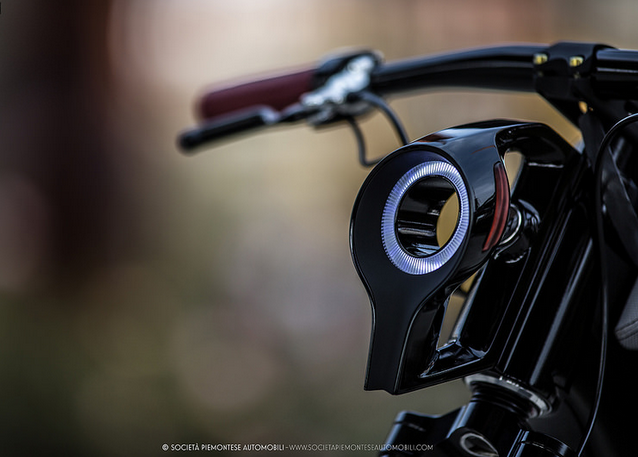 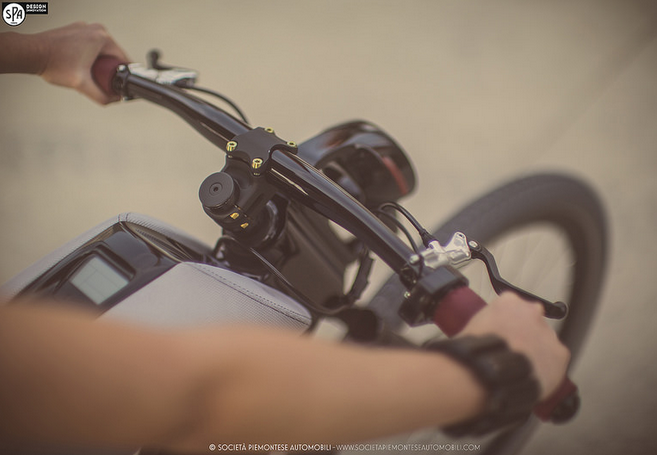 If you enjoyed these stylish pictures, here is a link to the entire SPA Bicicletto advertising image gallery. 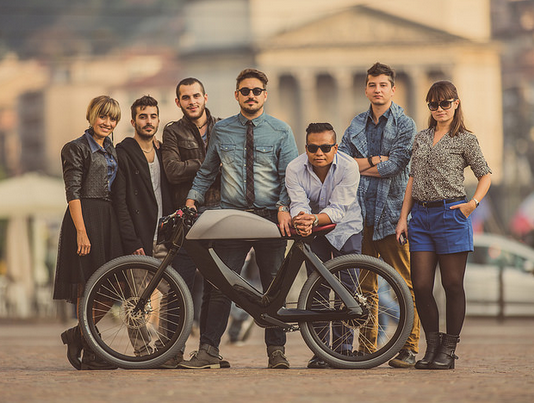 Here is a 1:30-minute you-tube video that shows some of the SPA Bicicletto features, but…be aware it is narrated in French!