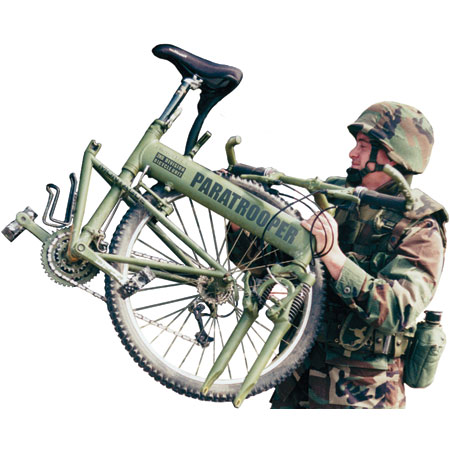 The Strange Saga of Tidalforce

Wavecrest Laboratories was a company that apparently had everything going for it:  deep pockets (see angel investor Allen Anderrson, who reportedly poured $30-40 million into the enterprise),  revolutionary technology,  i.e. an amazingly silent and powerful hub motor developed by a couple of Russian scientists with dozens of patents on it, and top-shelf industry management recruited mostly from the auto industry. 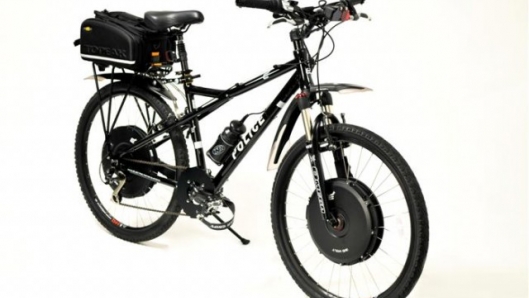 And yet Tidalforce, Wavecrest’s flagship enterprise for showcasing its silent brushless motor technology, had a startlingly short market life—about 18 months by my reckoning, from early spring 2004 to October 2005–in spite of extensive engineering research and design, a fat marketing budget, and a fleet of highly paid executives from the automotive and E-bike sectors.

So where and why did it all go wrong? 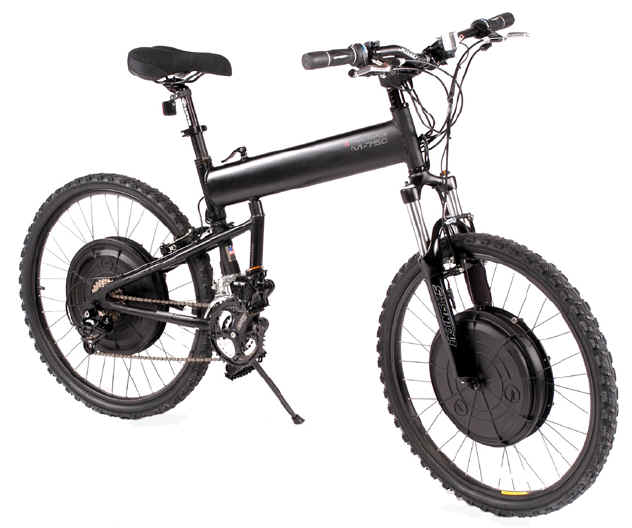 There are many reasons, but a good part of it comes down to a very basic Business 101 failure, namely a lack of sufficient marketing research data and realistic sales projections—in other words, not enough potential buyers to support an enterprise as ambitious as Wavecrest’s.

The E-bike market in the US during the past several years has been noticeably growing, particularly in youth-centric areas like Portland OR, Austin TX, and California’s San Francisco Bay area. But dial it back to eight years ago when Tidalforce first launched, and the picture is much grimmer.

Anyone who’s followed the domestic E-bike industry for more than a few years knows how many bodies have been ditched on the side of the road, from Malcolm Currie to Lee Iacocca’s EV-Global. (Ironically, two of the top executives brought on by Wavecrest president Joe Perry came from EV-Global.) By hitching its wagon to such a small and unproven market niche, Wavecrest almost guaranteed its own premature demise. And then there were the battery problems, which would prove intractable; more on that later… 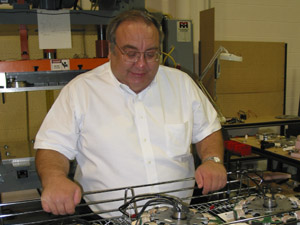 But the Tidalforce story is a lot more complicated than that—this was not an ordinary garage-born E-bike start-up business. It was a well-funded platform for Wavecrest to show the world its brilliant new brushless motor, and an attempt to penetrate the military and automotive markets, as well as others. It was also a case where the initial investors and hired executives drank their own Kool-Aid…big time…and ignored the fact that their entire business model was essentially one big crapshoot. 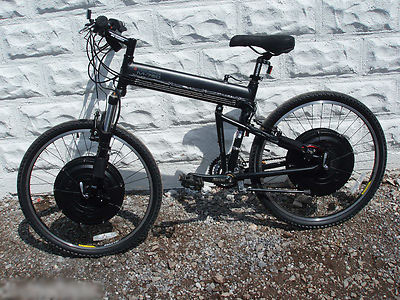 Picture this: Allen Anderrson, a successful, eco-friendly Silicon Valley venture capitalist/entrepreneur who years ago had made his initial score selling a small start-up telecom company to Cisco for a cool $20 million, becomes completely enamored of a genius Ukrainian scientist who approaches him with a new groundbreaking silent integrated electric motor/controller capable of possibly powering everything from a bike to a car to a washing machine to a natural gas drill. (side note: it uses optical sensors which can be placed anywhere inside the motor, instead of needing to be near the heat of the magnet/stator interaction, like the common Hall sensors).

With funding from Anderrson’s capital venture firm, Paperboy Ventures, the two scientists and some handpicked executives form an umbrella company dubbed Wavecrest Laboratories in Dulles, VA with executive guidance from Andersson himself. In the end, the company decides that a bicycle motor would be the perfect showcase platform for their motor after registering dozens of patents for the same, and decide the bike division will be called Tidalforce.

Wavecrest’s business plan, such as it was, was this: larger-scale versions of the same motor might be used for powering automobile hybrids, as well as many other applications, and other divisions within the company were set up to explore those markets and do the necessary test engineering. 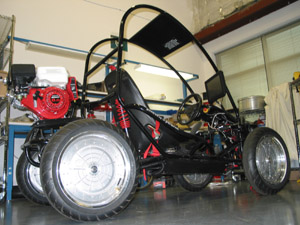 Wavecrest’s immediate focus was on E-bikes, though, and possibly some military contracts (the holy grail) for the same, specifically for supplying these bikes to our armed forces in Afghanistan.

Here’s the pitch: A bulletproof E-bike so sturdy it can be dropped from helicopters into combat zones, with soldiers able to hop on them and ride silently into conflict zones. Sweet pitch…if you buy it.

The Kool-Aid drinking had begun: Look back at the initial range projections for the small 8-Ah front hub Saft D-cell NIMH battery pack and you’ll see claims of a possible 30-mile range @ 24 mph with no pedaling. Anyone who knows e-bikes and batteries would be very dubious of this claim simply based on the motor’s technical power specifications matched against the battery pack’s published capacity. 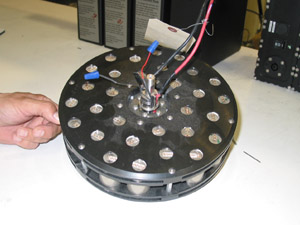 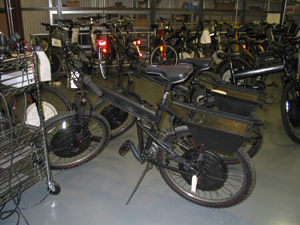 In reality, the 1000W X-motors that Tidalforce was pushing to the military gobble amp-hours like popcorn. When leaned on hard, they will run the little hub battery pack down in as little as 6-8 miles, or 15-20 minutes! In fact, even these estimates may be generous given that the Wavecrest engineers programmed a “high torque” mode into the motors that kicks-in automatically when speeds drop below 6-MPH, doubling the power demands when the bikes are taken off-road or towing a trailer. 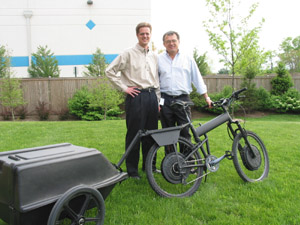 I’ve personally seen over 1900W (57A peak) on my CycleAnalyst in this mode on my S750X on the few occasions I’ve taken it off road. The little Saft nickel D-cells in the Tidalforce front hub battery pack are not even close to being capable of these kinds of loads with their 25A factory continuous-draw rating, and would likely shut down within 10-15 minutes of heavy hauling.

But I’m jumping ahead here. Andersson proceeds to hire Wesley Clark, retired Army general and currently a merchant banker/lobbyist with many Washington contacts, to run the company as CEO and push for military contracts, i.e. the “golden egg”. It’s hard to fault AA’s choice here, given Clark’s many connections, along with his army background. 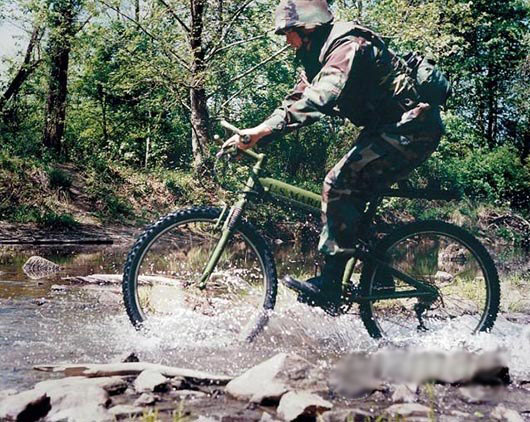 Clark finally does succeed in getting the military to test the bikes overseas, but apparently they don’t cut the mustard. (It’s not hard to picture special ops forces scoffing at these bikes as they struggle to go more than a few miles pulling trailers in the heat and dust of Afghanistan). A few months later Clark is gone from the company in a short-lived bid for a 2004 presidential nomination. Tidalforce’s attempted foray into the military markets appears to be done.

At this point Andersson has sunk a cool $17 million into Wavecrest but decides to double down and continue to look for more investment capital for expansion. AA also retains several highly regarded ex-auto executives to help run that part of the business, even setting up a Michigan office to be close to the industry.

Employment at Wavecrest peaks around this period, with roughly 90 employees and/or subcontractors, and talk of more executives to be brought on board shortly. The cash burn rate at this point must be exploding, but Andersson appears determined to find the right markets for the motors.

Despite its failure to penetrate the military market with its E-bikes, Tidalforce decides to get serious about the retail E-bike business back in the states and starts to set up a dealer network, mostly mom and pop bike shops across the US. Ken Alder of Cycle Dynamics (now River Bicycles) in Glenville, CT is one of the first to sign on, and quickly becomes their top-selling dealer. TF’s flagship M750 with a Montague folding frame and 750W motor is priced @ $3200 MSRP, with an optional “offroad” 1000W X-motor (read road illegal; owners had to sign a waiver acknowledging the same) that is priced $200 higher. Several months later Tidalforce introduces a sportier, slightly less expensive model, the S750, @ $2600-2800, depending on the motor power. 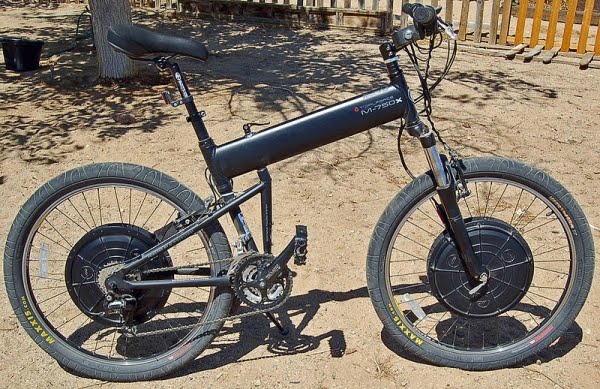 But…back in the salt mines, trouble is looming. The drama level is high given how much is at stake with the success or failure of these bikes. There’s a hush-hush motor manufacturing issue involving a crucial subcontractor that threatens the entire enterprise, then later a factory recall in which it seems the S-bike wheels have been laced at the factory with spokes that are too short and require replacing. Despite the embarrassment, Tidalforce steps up and repairs or replaces all the defective wheels.

Much worse, though, was an earlier ill-conceived marketing decision to also sell the Tidalforce E-bikes through Costco at a deeply discounted price directly to the public, taking the company’s still young and fragile dealer network and cutting it off at the knees.

The results are predictable, and abysmal: not only are the existing dealers apoplectic at this treachery, but Costco sales are almost non-existent! Tidalforce, with much egg on its face, terminates the Costco deal just a few months after it’s been initiated and is forced to make amends with its dealers. Doh!

For all the six-figure salaries being paid these allegedly experienced industry executives in upper management, they appear to be running the E-bike division like a bunch of drunken monkeys. A palpable pall sets in over the bike division every month when they look at their sales numbers. And the other Wavecrest divisions appear to not be pulling their weight as far as landing any contracts and helping the cash flow situation…which is growing dire.

It’s all downhill from here: there’s a second factory recall involving the disastrous auxiliary NIMH battery packs—one California dealer told me every one he sold was problematic—at which point Andersson apparently has had enough and pulls the plug on the entire E-bike business in early October, 2005.

Dealers get virtually no notice that Wavecrest has killed the Tidalforce division and are understandably furious at this second betrayal. Ken, the Connecticut dealer, panics when he gets the call from his (freshly terminated) Tidalforce sales rep that afternoon, and quickly dumps his remaining inventory on eBay deeply discounted, where they sell out within 24 hours. (This writer gets the very last one, a cherry red S750X, at very close to dealer cost, which is delivered with a faulty front rim. That said, the bike is approaching 15,000 miles and the motor has performed flawlessly). 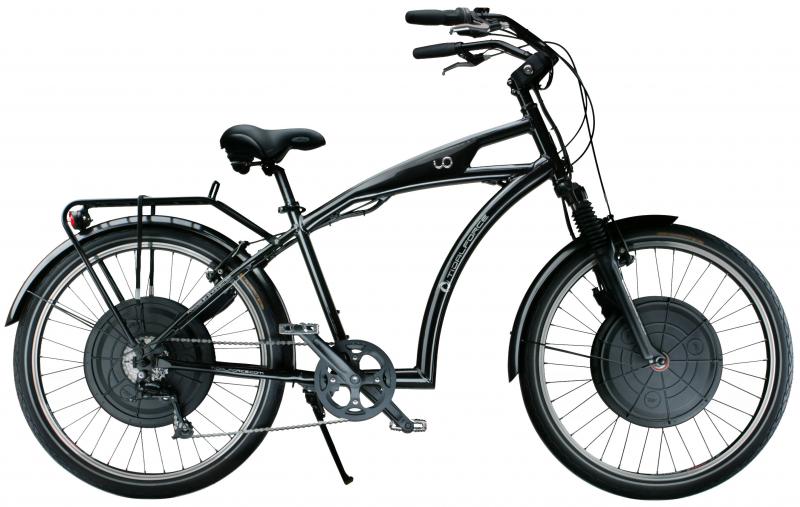 Tidalforce Cruiser made by Matra

Wavecrest eventually sells a dozen or so of its bike motor patents to Matra Sports of France a year and a half later, and spins off the rest of the business to auto-related interests. The much hoped for big auto contract never materializes. Best guess at the money lost is $30-40 million, quite possibly more. Allen Andersson’s big bet had gone bust, adding yet another sad chapter to the history of failed E-bike businesses in the US. 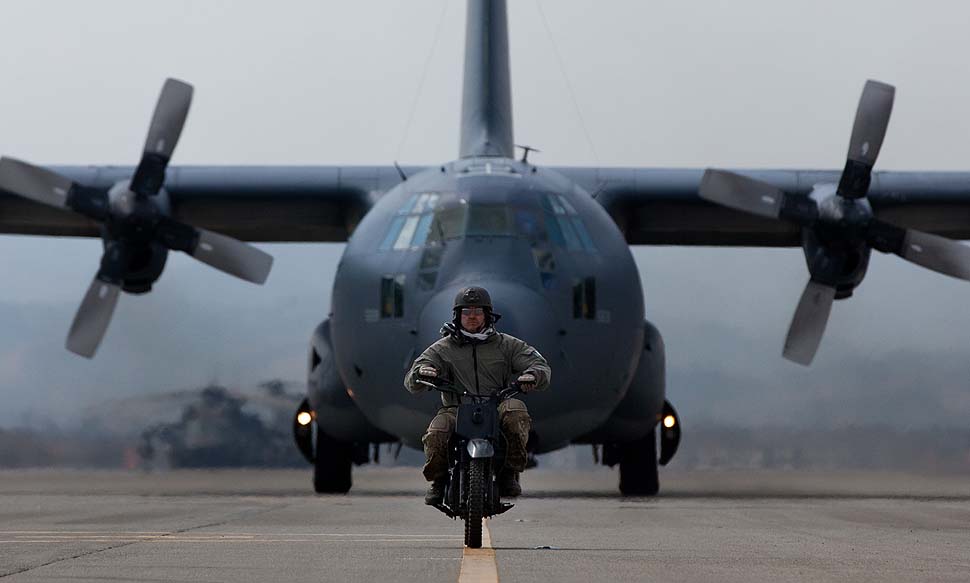 And the military will stick with gassers.

Thanks to Bill Moore of EVworld.com for use of Wavecrest Laboratory pictures in this post.

Here is an example of the  Montague Bicycle (the base for Tidalforce bike) used in military operations:

And here is an example of a newly commissioned Tidal Force being used as a peace maker. Thanks to Joe in SF for this display: 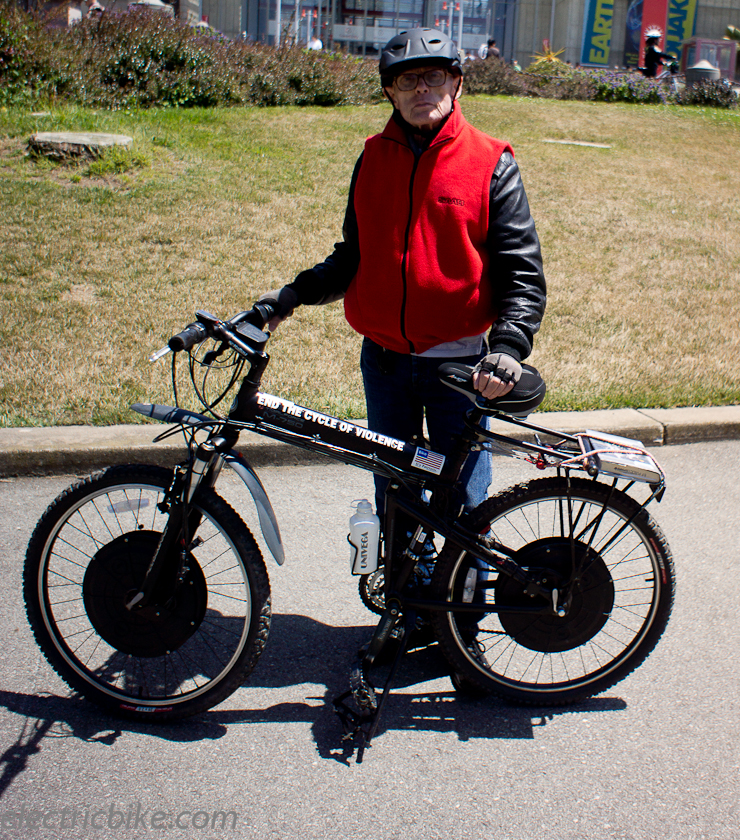 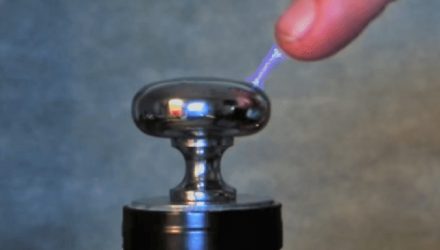