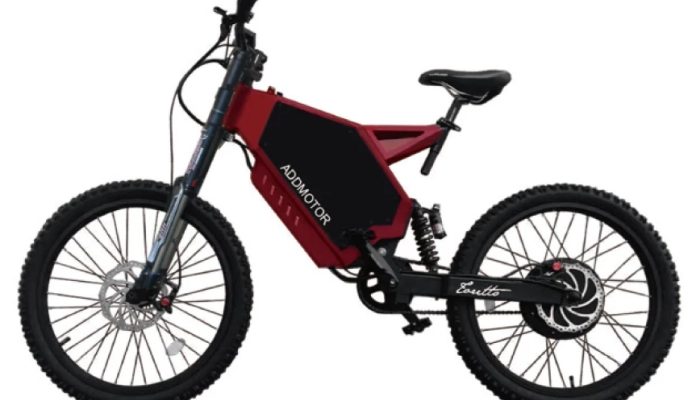 Walmart selling ebikes, and why I don’t recommend them

Don’t get me wrong, I buy toilet paper, food, shampoo, and other household items from Walmart, just like millions of other consumers, but…I have some concerns based on my experience, so hear me out.

There are a surprising number of models on the web-store for Walmart (WM), but every one of them is sourced from another supplier, so there is nothing new here. That being said, sometimes a product found at WM can cost less, and this has been their business model from their beginnings. They sell a high volume at a thin profit margin.

Here’s the thing…they won’t be carrying ebikes in the stores, they are just going to drop-ship the boxes from the manufacturer to your driveway, like Amazon or EBAY. Even so…maybe “some” customers would benefit from this? Well…I don’t recommend it.

I have bought products from Ebay, Amazon, and even AliExpress (the Chinese Ebay). To be honest, I will continue to occasionally buy products from those outlets in the future (only small and cheap items, though). However, there are two problems with that. The controllers on ebikes are classified as “electronics”, and even worse…ebikes come with a large lithium battery pack. I’ve seen plenty of new ebikers that are on a tight budget end up buying a $200 bicycle from Walmart and then adding a kit, like my most-often recommended unit, the 1500W BBSHD. I still consider that the best bang for your buck, if you are just starting out. There are several retailers for the BBSHD, but for the battery pack, my number one selection right now is the 52V Luna Wolf (click here).

In the past when I have had a problem with a WM product, I took the product and the receipt back to the store I got it from. However, their return policy gets a bit dicey when it comes to electronic components (you might get “store credit” instead of a refund), and anything with a large lithium battery pack is guaranteed to be a huge headache. Since it was drop-shipped to your house, are you the person who must ship it back to the factory?

I knew about WM ebikes months ago, but the Addmotor 3,000W off-road ebike recently caught my eye. WM and the Addmotor website both list them as $3999, so why not order it direct from Addmotor, and at least you can get a customer service rep to respond to your emails? I highly suspect that WM customer service personnel will not be able to answer even the most basic questions about ebikes for new ebike customers. At least Addmotor customer service people sell only ebikes, and they would be familiar with the common issues…along with being intimately familiar with their own product line.

WM is not doing this for free, so if they both list this for the same price, they are buying large quantities from Addmotor at a discount. I am pro-capitalism, and if a businesses provides a product that the public wants, then I want that business to be able to make a profit. However, capitalism also means I am pro-competition, and I don’t believe that the profit that WM will make off of these will translate into good customer service when an issue comes up. I am certain Addmotor would use that same profit margin (they both sell at the same price as of August 2019) to do a much better job for the customers.

That being said, we wrote a few months ago in March about Schwinn selling Bosch mid drive ebikes on Amazon (click here). Although the “Schwinn” name was bought up years ago by a global bicycle conglomerate (Schwinn is now just a generic bicycle brand, nothing special)…at least the Bosch mid drive and battery set are a known level of quality, with a track record of low returns and few problems.

It was a risk for Amazon to try this out, but they can afford a failed product-line once in a while, and so far it doesn’t seem to be hurting them (I don’t recommend buying an ebike from Amazon either, but but at least a Bosch is less risky…if you are happy with 350W).

Many of the retailers of this style of frame are made by a large Chinese company named “Changzhou Leili” (click here). Don’t bother contacting Leili directly unless you want to buy a minimum of 100 units and pay cash up front. They will put any brand name on the side-panels that you want. I don’t know if the Addmotor version is made by Leili, because there is a lot of “copycat” activity with any Chinese product that is selling. So, that being said…what do you get for $3999?

The frame is steel, and the wheels and tires are affordable 26-inch bicycle products. The large central box holds a significant 29-Ah pack that is configured at 60V. That sounds good, but everyone in this particular game is squeezing every penny they can out of the deal. They don’t mention Samsung or Panasonic (which would be easy to prove or disprove), so…they are certain to be the affordable generic cells…which I don’t trust.

At the rated 3000W, the 60V pack must provide 50A, which is believable for generic controllers and BMS’s.

Some ebikers like this style, so I want to be honest about my prejudices. Almost all of my ebike riding is on a street commuter, but I have definitely ridden many different off-roaders at the Interbike conventions (click here). The “legality” of a given model to be ridden at a given location will vary across the US, but…this style never grew to appeal to me. They are not stealthy and will not pass as a bicycle to the average bystander…which is fine. If you have one, and you are not getting any hassles riding them in your region, keep on having fun. I get it.

However, for a slightly lower price, you can get something that is a true electric dirt motorcycle. The Sur-Ron MX is currently retailing for $3890 (click here). It is also using 60V, but it has a larger 31.9-Ah pack, and the cells are guaranteed to be high-quality Panasonic cells. Instead of bicycle wheels and tires, it has real motorcycle wheels and tires, along with much better brakes.

If you want something that has pedals and can pass as a bicycle to most bystanders, the Luna Cycles full-suspension Lone Wolf Stance-2 base model is $3350, and when you add the “Ludicrous” 2500W controller option, it’s $3600. I would prefer either one of these options over the Addmotor, but even if I still wanted that particular model, I would buy it direct from Addmotor instead of Walmart.

So…what else is on the WM web-store? Dozens of generic and cheap 250W ebikes. Many of them are under $1000, but if you will be limiting yourself to 250W, only get a hubmotor if you live in a flat region, as hills will likely cause a lot of motor heat. One promising model of mid drive is the Schwinn Constance Cruiser, with a light aluminum frame and a steel fork. I would upgrade the tiny front disc brake (it’s adequate for the rear brake, but very weak for the front), but this model is actually not horrible.

It’s a 36V Bafang mid drive, so be aware it is not the upscale Bosch unit. Amazon was selling these for $2100, but recently lowered it to $2000 this month as soon as WM began selling them for $1500. Just a year ago, Schwinn was selling these through various retail outlets for $2499.

There are a few models of geared hubmotors sold on Amazon and WM as of August 2019, but I am not really interested in them. If you limit yourself to 250W-350W of power, then you really need to give the motor a selection of gears. The “Geared” part of the geared hubmotor description means that for every five times the motor spins, the rear wheel spins once (due to an internal gear-set) which helps the wheel-torque. As far as hill-climbing is concerned (which is the time you really NEED an electric assist), the geared hubs can be considered a “one speed”, and their ability to shed heat is very weak.

When you mount the motor by the pedals (the bottom bracket), the motor has the use of the gears on the rear wheel. You would have to give up some of the top speed to gain some hill-climbing ability (by shifting to a lower gear), but at least on a mid drive you have that as an option. To be fair, geared hubs are really great for flat land and maybe some mild hills (you don’t have to be constantly shifting). However, serious hills are best served by a mid drive.

One interesting selection on the WM ebike page is the “Rambo” R1000XPS Xtreme. It’s a 1000W 48V mid-drive, and it uses extra-fat 4.8-inch wide tires. Currently listed at $4499 by WM. If you can get past the price on this model, I can’t find anything wrong with it (the brakes are good, etc). Again, shop around for similar models for a price and performance comparison, and possibly contact Rambo directly if you love this particular model.

Walmart, yes or no?

I may be full of shit, so don’t take my opinion as the bottom line on anything. Do your own research, and weigh out the risk. I believe Walmart is expanding their ebike selections because they have seen the recent activity at Amazon. I would also be cautious about considering an ebike purchase from Amazon, but…I think this may bite Walmart in the ass with a high percentage of consumer returns.

I’ve seen plenty of new ebikers that are on a tight budget end up buying a $200 bicycle from Walmart and then adding a kit, like my most-often recommended unit, the 1500W BBSHD. I still consider that the best bang for your buck, if you are just starting out. There are several retailers for the BBSHD, but for the battery pack, my number one selection right now is the 52V Luna Wolf (click here).