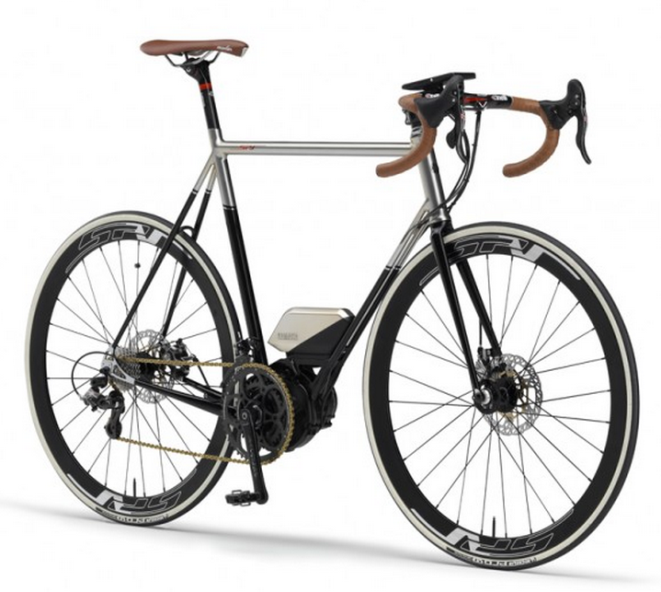 Yamaha was one of the early adopters of electric bikes. In fact, they invented the term “PAS” in 1993, which stands for Pedal Assist System. This is where the rider doesn’t use a hand-throttle, but by simply pedaling with your feet, the bike will add some power. Depending on the level of power-assist you dial-in, you can be going very fast with almost no physical strain. 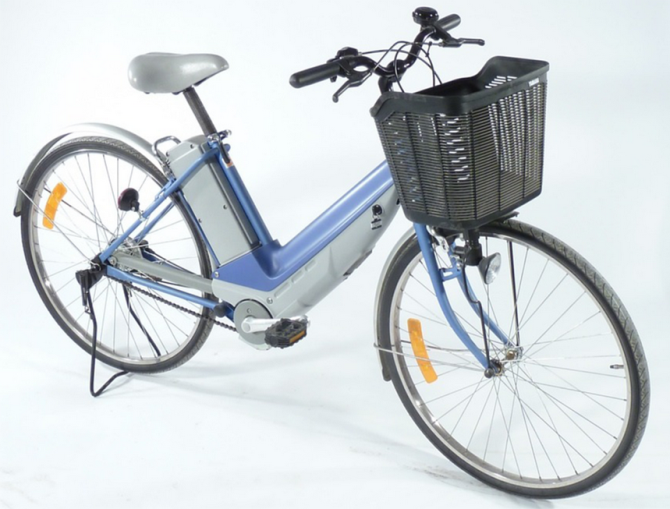 PAS systems are not only popular in many parts of the world, there are many places where they are the only style that is legally allowed. Riders who like PAS say that it forces them to move their legs, so they don’t get lazy…and governments feel they are safer, due to the rider being able to keep both hands firmly on the hand-grips, with both hands also being free to apply the brakes at any given moment (without the distraction of manipulating a hand-throttle).

The YPJ-01 was actually introduced a couple of years ago, but through the years the Yamaha E-bikes haven’t been heavily advertised outside of Japan…and I only found it during a random search because it’s my job to be constantly on the lookout for new E-bikes.

In the interests of full-disclosure, I’ve never been bitten by the “road bike” bug, but…many of my friends have. Our friend John lives in in Australia (ES member name “kepler”), and his carbon-fiber “super commuter” road bike is one of his favorites. At first he tried a tiny friction drive that was almost invisible (road-bikers often call E-bikers “cheaters!”), but later switched to a small geared hubmotor…which proved to be quieter, while still being barely visible. 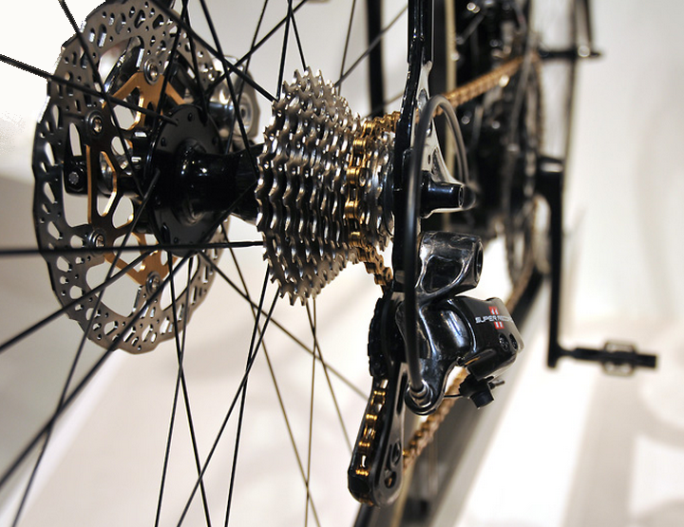 The pedal-drive components on the YPJ-01 are typical for a high quality road bike.

From only a quick glance, a “road bike” is usually defined by thin high-pressure tires, which lowers the bikes rolling resistance, and…also by an aggressive “leaned forward” rider posture in order to lower wind resistance.

The components chosen for the pedal-drive of the YPJ-01 are typical for a high quality road bike. They provide the rider with a wide variety of closely-spaced gear ratios, and each part is light, but…still very strong. Attempting to design components that are both light and strong at the same time is why many road bikes are very expensive. The fact that there are so many of them in the world shows that there are plenty of riders who will pay extra for a bicycle with these features. If you want to experience some “sticker shock”, Google carbon fiber bicycle, and check the prices!

However…when riding an electric bike, I have noticed more “push back” from road bike enthusiasts than from car drivers. E-bikers are sometimes called “cheaters” for violating the purity of a pedal-only bicycle. To be fair, I want to clearly state that many of the road bike enthusiasts that I have encountered have been very supportive of the idea of electric bikes, and it is only a small percentage that demand that the issue remain a simple black-and-white “Cars bad/bikes good” debate.

It’s true that most of the electricity in North America comes from burning coal, but…the amount of watts per environmental harm that an E-bike consumes must be absolutely tiny compared to refining enough crude oil to power a 3,000-lb car for one person to get some milk and bread from the grocery store…right?

The YPJ-01 uses a very high-quality Campagnolo Super Record derailleurs. The rear sprocket cassette is mounted on a freehub (as opposed to a freewheel), and since this style is fully supported at both ends by bearings, it allows a wider sprocket cluster. The example shown uses 11 sprockets, and coupled with the two chainrings at the bottom bracket (BB), this E-bike has 22 speeds to choose from. 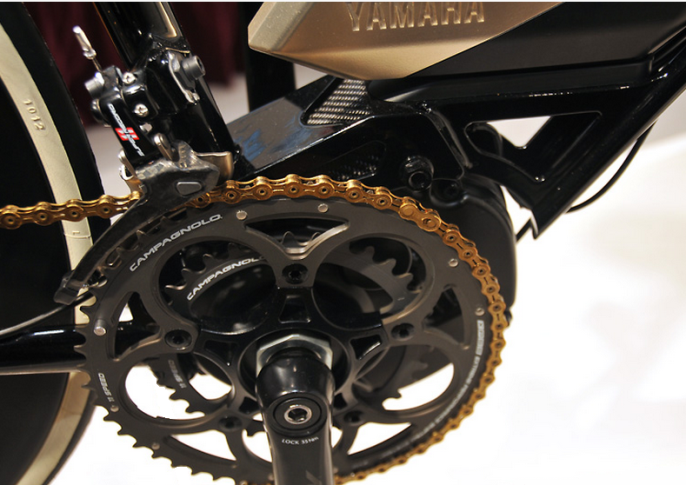 The 22 speeds provided by a pair of derailleurs, external chain, and the two chainrings shown (with the cassette on the rear wheel, not shown) are a thing of beauty to someone like me. Decades of refinement have resulted in the “old style” continuing to be relevant.

Some E-bikes have a solid steel disc as the front sprocket, simply to save money, road bikes often use “skeletonized” parts to make them as light as possible. Their parts catalogs will list each part with the number of grams that they weigh! Such riders are sometimes affectionately called “weight weenies”. You may not care about paying extra to shave off a few grams from your bike, but ask one of these guys about titanium or carbon fiber, and they will talk about it for hours… 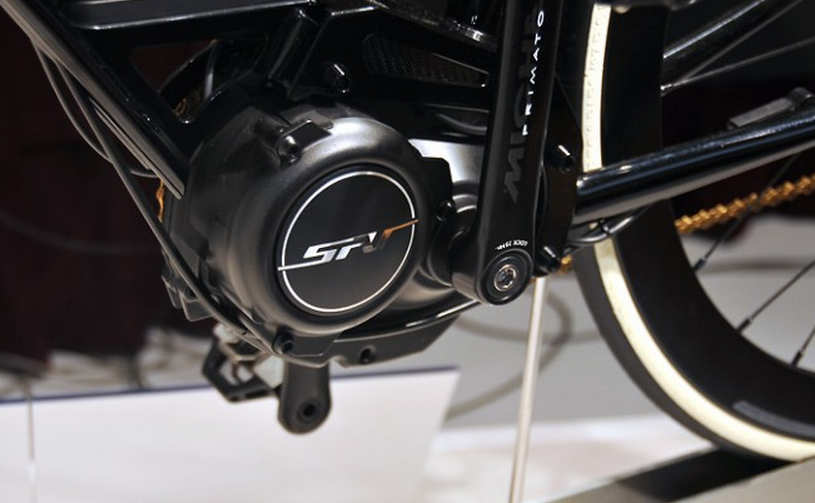 I am still looking for more information about the motor, but I am confident that Yamaha will only produce a high-quality product.

The small and light 250W motor is made by the same Yamaha division that has recently produced their “Ekids” electric drive dirt-bike (a direct E-conversion of their PW50 gasoline model), and the Evino scooter (their “Vino” gasoline scooter converted to electric), 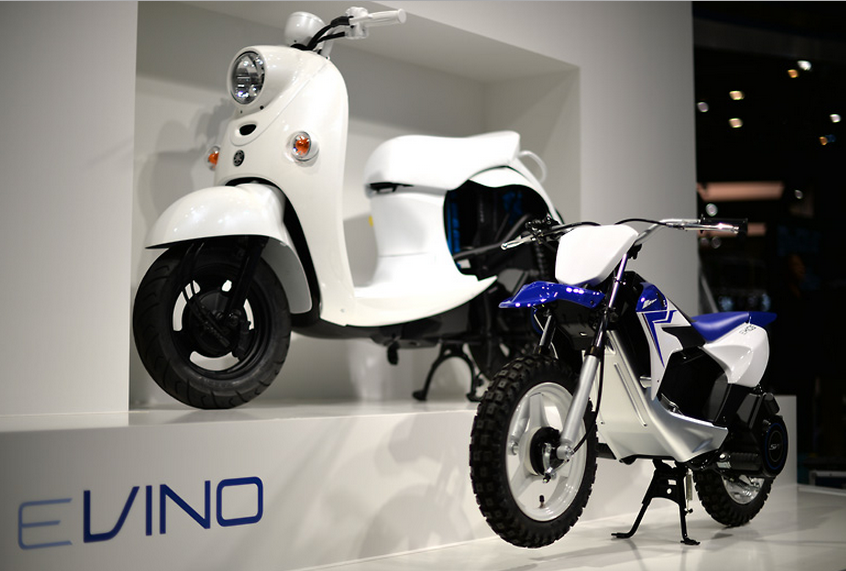 The Evino fits a normal sized adult, so you can see how small the childrens “Ekids” dirt bike is. 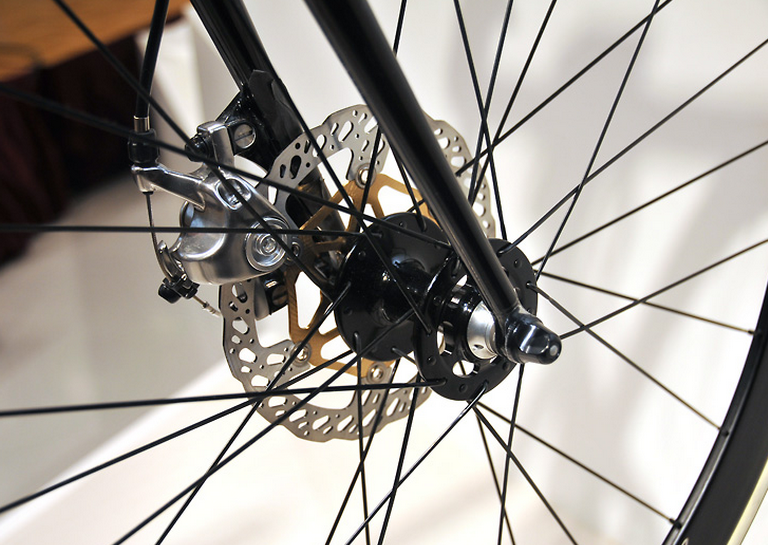 Fortunately, Yamaha chose to use dual disc brakes. Some high-end road bikes still use rim brakes to save a few grams of weight.

The fact that this system uses a mid-drive motor means that if you keep the bike in the proper gear, the motor will have a low peak amp draw, and this helps the battery too. We have the cordless tool industry to thank for high-current batteries, so a battery pack this small can still provide plenty of current while still remaining cool (which helps batteries last more years). However, even using high-density cells, a pack this small will still not last for a long range.

It looks like this bike is designed for an older road bike enthusiast, who still wants to put in a few miles each day, but since they are getting a little older…they need a little help to take some of the pressure off of their knees on the uphills, but…they can still rack up plenty of miles without using any battery on the flats. It may be a small niche, but Japan certainly has an aging demographic, and this E-bike will appeal to some of them. 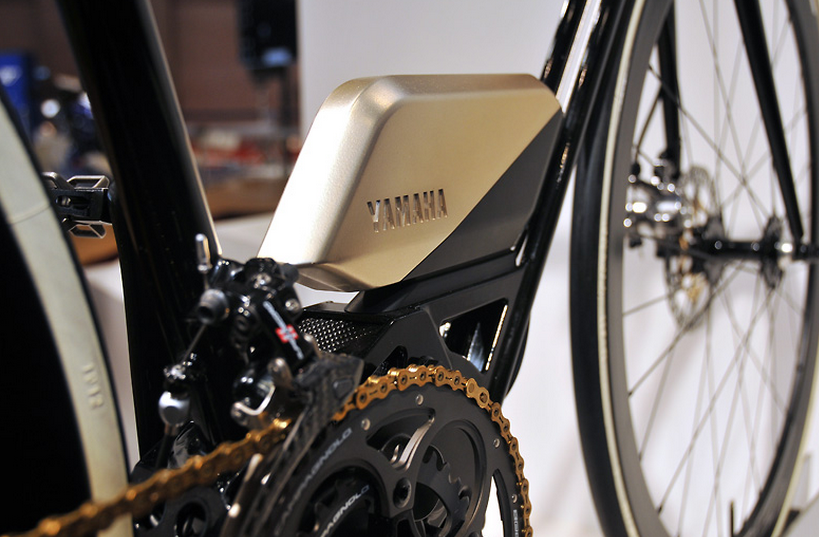 Whats in the box? Yamaha has a long-standing reputation for quality products, but the battery details still remain a mystery. 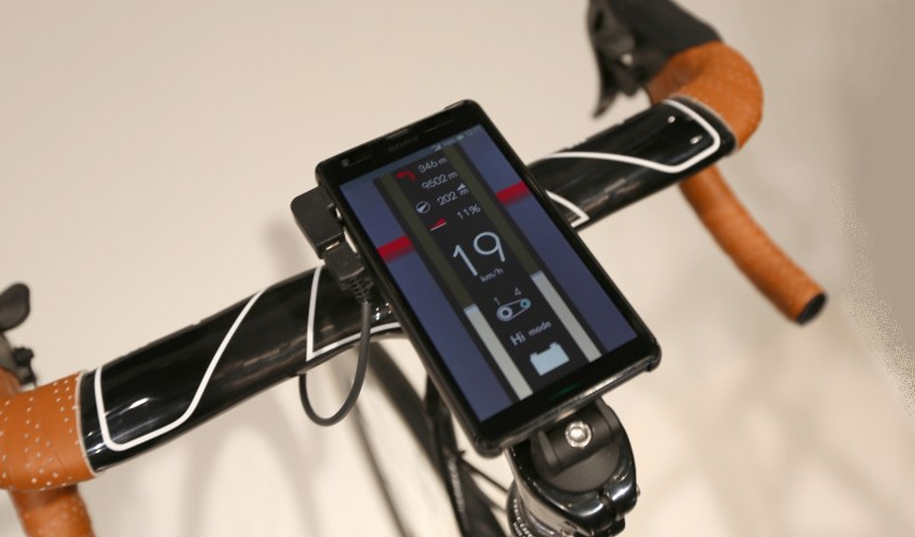 Most new modern E-bike models have smart-phone data-logging integration, and this Yamaha YPJ-01 is no exception.

I don’t know if the YPJ-01 will go into production, or what countries will be able to sell it, or what the price will be, but…it is a beautiful piece of machinery that oozes quality.