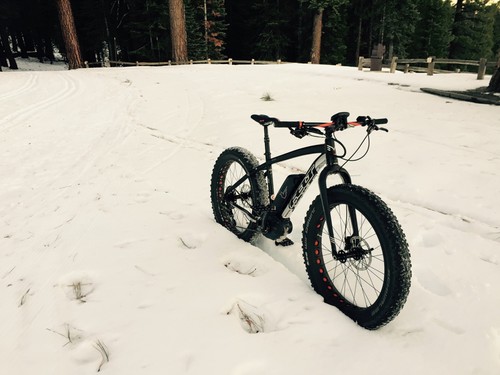 Editor Note: This review posted with permission from The New Wheel, a really good electric bike shop in San Francisco owned and operated by true believers in the electric bike revolution.

Over the past year I’ve had the pleasure of riding most of the ebikes that can be found at The New Wheel. The Felt Lebowsk-e stands alone as the most unique experience I’ve had so far. It’s enormous 4″ wide, 26″ tires make it’s presence known: it’s truly a spectacle. When you ride it it feels closer to Batman’s bike than anything else.

But these tires aren’t just for show. The beauty of ‘Fat Bikes’ is that they can roll over anything: over sand, loose rocks, even snow. I put the Lebowsk-e through its paces and rode it over 100 miles through every terrain imaginable. 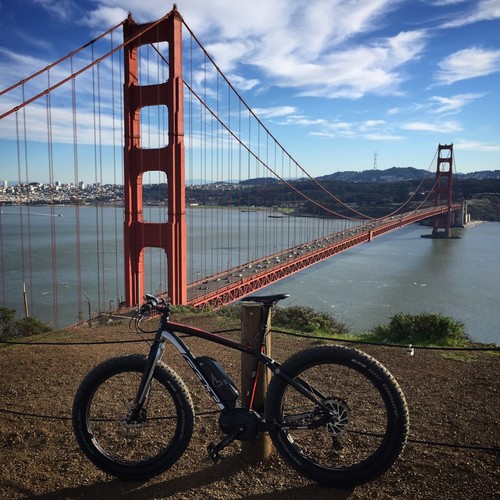 Tires – The most prominent feature of this bike is of course the gigantic Schwalbe Jumbo Jim tires. I pushed the tires to the limit to see where, if anywhere, they would fail. Over the crests of the softest sand the Lebowsk-e could sink in, and through wet snow deeper than 8″ it started to get stuck, but there was something absolutely magical about the experience of riding on the beach or blasting down a groomed snowy trail at 20 miles an hour. I descended for 40 miles through Yosemite on highway 140 from Badger Pass to the valley floor, and even over ice it felt steady. It was remarkable. These tires are well suited for roads at the low pressure of 15–20psi, and you can drop it way down to 5psi for the best traction over loose terrain.

Drivetrain – Like the rest of the Felt lineup, it features the Bosch Performance Line motor system and a 400Wh Battery. It powered the bike magnificently. I seldom took it out of eco mode and was happy getting more out of the battery to continue my journey. In full turbo mode it feels superpowered, and the whirring sound of the tire’s tread really lets your presence be known.

But the Bosch drive system is only part of story on the Lebowsk-e. The other hero is the SRAM X01 11-speed drivetrain, one of the wonders of modern MTB cycling groupsets. The X01 drivetrain serves up the widest range of gears possible with the simplicity of just a rear derailleur. The smallest cog is 10 teeth for high-speed cruising, and the largest cog is 42 teeth for climb-up-a-wall torque, even with the Lebowsk-e’s massive tires. 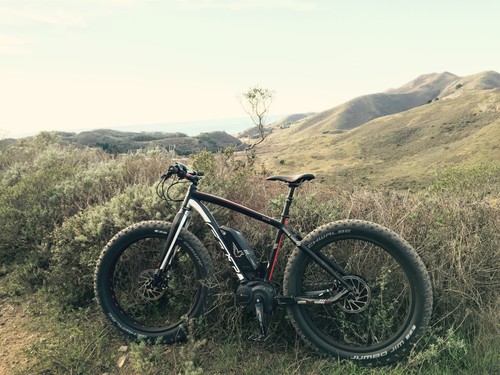 Seat Post – One thing I’d never experienced on a bike before was the RockShox dropper seatpost, which at the press of a button let you adjust the seat height. While that may sound like a luxury to anyone who has never ridden a mountain bike (as I initially thought) it’s one of the most useful features. When descending, it makes it possible to drop your center of gravity on the bike in an instant, making handling the massive bike down steep descents a dream. You can just as easily pop it up to the perfect height for optimal pedaling efficiency.

Brakes – The Avid Glide brakes on this bike are some of the most impressive brakes I’ve used. Their 4-piston design means minimized brake fade even over long descents. The ability to easily tune the brakes to your preference right on the master-cylinder is also fantastic.

Big Tires = Less Efficiency – Larger tires will give you better traction over any terrain, but the tradeoff is less efficiency and thus less battery range. The Bosch system calculated a range of 40 miles in eco mode, and less than half of that in turbo. While initially I thought this would be a huge trade-off, I found that with the battery charging fast (complete charge in 2 hours and well over half a charge in an hour) it was manageable to have a morning ride, charge it at lunch, and continue my adventure.

No Suspension – The other tradeoff is that to make this gargantuan bike light – and at 48 lb. it is one of the lightest ebikes around – Felt chose to go with a fixed frame. It’s a little jarring at times, but generally the really large tires handle a fair amount of the bumps and the seatpost also sucks in some hard impacts. Personally I would have loved to have seen this bike with a Rock Shox Bluto fork. For being a fixed frame, it’s far more capable than you might think, but there were a couple of times when I was tossed out of the saddle when trying to tackle a fallen tree.

Fat Bike vs Fat eBike – The bike industry has really embraced the idea of fat bikes, and now there are many out on the market, but only a handful of ebike versions.

I wanted to see what it was like to ride a regular, unpowered fat bike to see just how much of this wonderful experience was due to the tires versus the power. I quickly discovered that the power is key. An unpowered fat bike amplifies the downside of enormous tires: you’re going to have to work hard to go anywhere. Uphill on rough terrain becomes miserable.

A non electric fat bike also didn’t feel as stable. I ran over a pine cone and found the bike kicked to one side; it felt too light to handle burly stuff. It may be that it also takes some adjusting, or that my tires were a little too pumped for the terrain, but I would take an ebike version over a regular fat bike any day. This is where powered bikes really make sense: you’re making an otherwise cumbersome ride glide.

Fat Tires = Attention – Everywhere I went, people took notice of the bike. It stands out, in a way I imagine the first cars did when everyone else was on a horse and buggy. It felt like I was driving a monster truck through the streets of SF, and the second you went over 18mph you could also be heard from about a block away. Over and over again, I watched as people’s gaze would shift from what they were doing to take note of the vehicle rolling towards them. It really stands out, and I loved that. 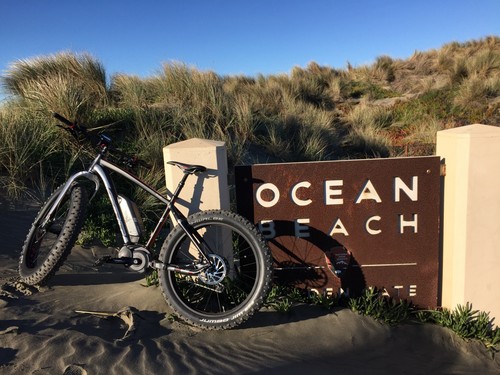 WHO IS THIS BIKE FOR?

While I think it’s easy to typecast this bike as one for big adventures – trips through Death Valley dunes or across the frozen tundra (its entirely capable of such feats) – what I enjoyed most was the way it changed how and where I rode day to day. It really opened my eyes to the possibilities: there’s a big world out there, why stick to nicely paved roads?! This bike has made a convert of me. I’d recommend a test ride, even for the sheer novelty of seeing how people react as you come plowing down the street. 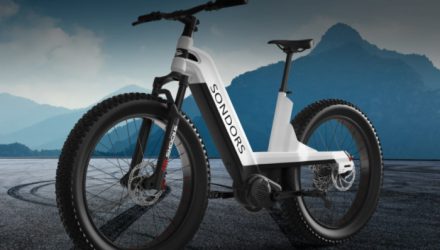